The latest news in the world of video games at Attack of the Fanboy
February 12th, 2017 by Jose Belmonte 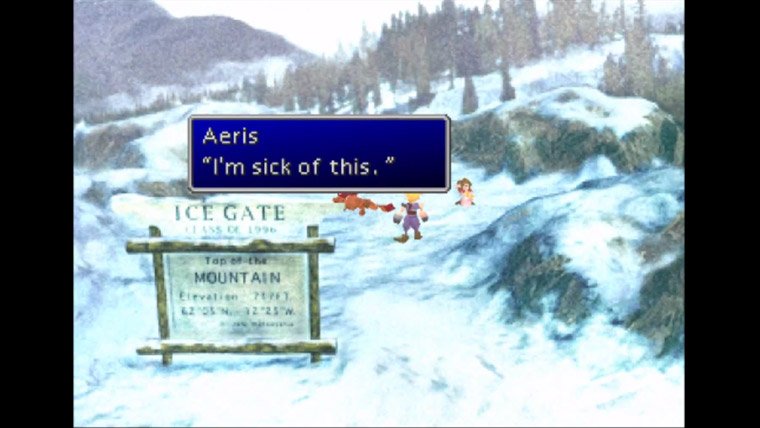 A group of truly hardcore Final Fantasy VII fans have spent a long time investigating the depths of the game’s code in order to uncover some possible secrets and plot details left unused in the final release. Published in the fanpage The Lifestream, the Unused Text Series project has taken 12 issues in cronological order to complete, and it represents the definitive compendium of knowledge that any fan should read in order to truly know everything about the iconic JRPG.

What the team has uncovered are lines of dialogue, character models or even full scenes that for a number of reasons were programmed, but left out of the final version. That is probably due to the fact that the script and the order of events were constantly changing through the development, so there would be dialogue written for characters that were later removed from a scene, or places that were left out of reach at certain points of the adventure.

For example, right at the very beginning we find out that the first line of the game was not meant to be Barret’s iconic “C’mon newcomer. Follow me,” but a shout by a Shinra guard saying “Who goes there?!” Also, a wider look at the background image reveals some details, like part of the Shinra logo. And that’s just on the very first screen.

One of the biggest surprises also belong to the first hours of the game. In the scene of the train after leaving the first Mako reactor, Jessie shows Cloud a map of the city in a monitor. In the game, the camera shows mostly the monitor and barely half of the characters’ heads. But if we were to play with the code to see what is left out of the camera’s reach, we would discover that at that moment the characters showcase a more detailed model than the one we usually see through the game. We can guess that at some point the developers were considering the introduction of these better models for certain characters, but they discarded the idea for logistic reasons.

Other discoveries include what would have been the first appearance of Sephiroth in the game, as part of a vision that Cloud would have playing the pinball machine at Tifa’s bar, alternate room designs for the Honeybee Inn, or new books from the underground library in the Shinra mansion.

Last, but not least: Yes, there are some secrets concerning Aerith, especially some lines of dialogue meant for scenes that happen after her disappearance, for example in the Glacier landing zones. That is probably just another sign of how the cronological order of the story events kept changing. On a similar note, there is an alternate version  of the scene with the corpse of the Midgar Zolom killed by Sephiroth in which Yuffie is part of the group, even though in the final game there is no way to get that character in your group before that moment.

Considering the amount of time and effort spent on this project, fans of the game will be forever grateful to this team for their contribution.