Fanboy Rehab 101: How I learned to love Halo 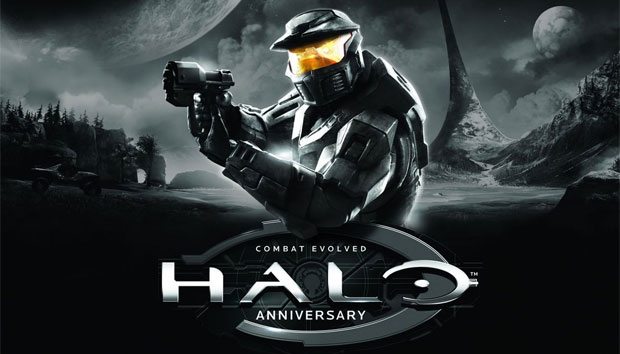 Halo:  You love it, or you hate it.  I used to hate it.  I hated it with an unfounded passion.  To me Halo was a figurehead of everything bad in the computer/gaming industry.  Halo was the game that fat-cat Microsoft stole from underdog Apple back in the days when no-one knew what an iPod was, when Steve Jobs was known more for being kicked out from Apple in the mid 90’s, and iMacs looked like fruit.  Yes, I was a “Mac guy.”  Microsoft was the big evil Monopoly back then.  They screwed Netscape.  They ripped people off with new versions of Office and Windows that were no better, but required you to buy yet another computer (they still do).  Bill Gates was the richest man in the world, and I was not.  Microsoft was even going to try to monopolize the gaming console industry with the Xbox.  The Xbox was evil, and Halo was it’s heavy hitter.  Supporting Halo was supporting Microsoft, which was just making the rich richer, and pushing the “little guys” out.  In hindsight, I did not really hate Halo, I hated Microsoft.

Fast Forward about 10 or so years.

As a long time a PC/PlayStation gamer, I finally got a 360 for Forza 3 (I had played GT3/4/Prologue to death, and the inclusion of Porsche in Forza 3 made it an easy sell (now Porsche is gone in Forza 4, but that is another story).  One day last Fall, I was in my local games store, browsing for deals.  Halo 3: Limited edition for 19.99$ used.  SOLD!  “Lets see what all the hype is about” I thought.  I figured Halo was a game for pre-teens.  Childs play.  So I started the first level on Heroic (as intended…) and clearly remembered getting my asshole handed to me, hard.  Somehow I found myself stuck behind a tree with a plasma pistol (where did I get that???) and I was trying to hold off snipers with it.  I was owned; or you could say pwned if that term was still hip.  After figuring out the controls, and learning how to manage my shields, I began to have fun, a lot of fun.  I went online and watched some videos to get caught up in the back-story, and before you know it, I was buying ODST.  To me ODST is the black sheep of the franchise, but dripped atmosphere, and was a double-playthrough for me (a rarity for me in any game).  Halo Wars did an admirable job at trying to bring the RTS genre to the console masses, with great CGI too.  Reach was phenomenal, and multiplayer is still the slickest, most enjoyable online multiplayer out there IMHO.  Although I now have a copy of the original Combat Evolved, and Halo 2, I am saving both until I get my hands on the Combat Evolved remake… which for me is a totally new game, so I am pretty excited about it.

Long story short, I ended up loving Halo.  I loved it enough to add it to my list of “I will buy future sequels on release day without question, ” which is big for me, because I tend to be cheap and wait for price drops.  It was no perfect game, but it was fun.  It was accessible, while still providing depth of gameplay and gaming universe.  There are games with better graphics, and there are shooters that have surpassed Halo in popularity, but no matter how I looked at it, Halo was a great franchise, and I had a good time.

So what is my point here?  Well, to be honest it is not to throw praise on Halo.  You don’t, and should not need my opinion to make your own decision on that one.  Love it or hate it, I don’t really care either.  My point is that I missed out on what ended up being a great game because of my own Fanboyism over the years.  I never gave Halo a chance, and until I did, it was my loss.  Fanboyism did nothing for me.  My message is for the subset of gamers that find they take sides and shun all that is not their console of choice.  Be open, try new things.  Forget review scores.  Forget Lens of Truth. Forget PS3 vs 360.  In this world there are good games, and there are bad games.  Only you can decide which are which.  Don’t let console wars keep you from great games like Forza, GT, Halo, Killzone, Uncharted, etc.  Remember, when you are being a Fanboy, you are only hurting your own gaming experience and enjoyment.

The Halo: Combat Evolved Anniversary Edition releases on November 15, 2011.  If you have never given the series a chance… try it.  You just might thank me.