Fans Split on Next World of Warcraft Expansion 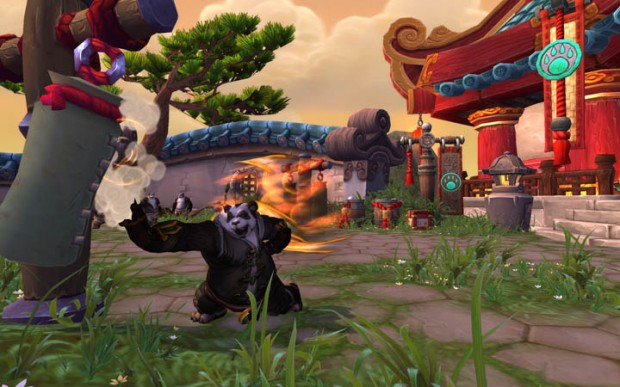 Blizzard’s big reveal at BlizzCon 2011 was easily WoW: Mists of Pandaria, but fans on the show floor were mixed in their feelings about the upcoming expansion pack.  One catch phrase that multiple fans that I talked to mentioned, was “Jumping The Shark”, a term used for an entertainment product that describes a point in time when the franchise has peaked and is now on the decline.  Maybe it was the toonish nature of the new character, or the striking similarity to the recently released Disney movies, but there were a good portion of fans at the show that expressed their disgust in the new expansion.

We had the chance to playthrough almost two hours worth of the new content at the show, and there’s no doubt that Pandaria is a beautiful place, and the new Monk class is a completely new type of character to explore.  So it looks like Blizzard is banking on those fans that have been there and done everything there is to do in Azeroth, to flock to Pandaria much like they did in Cataclysm.  But the truly hardcore believe that the lore is starting to get convoluted.

Blizzard recently made comments about the fan reaction at BlizzCon, where Scott Mercer addressed the concerns.

“I think people will come around once they start playing it in the game,” Mercer said.  “You’ve seen the demo that they’re so charismatic.  Playing a monk is amazing.  Pandaria is gorgeous. I think it’s a matter of time for some people… They have preconceived notions about how cool pandas can be.  But Blizzard pandas are awesome, so I’m not worried about that.”

Blizzard is probably right about their core demographic and the fact that it’s a matter of time.  After leveling a monk to level 10 and unlocking some interesting attacks for this melee based character, it’ll be interesting to see what it offers on the upper end of the game, and how players will use the character in the other portions of the game.

Here are some screenshots from the Mists of Pandaria Expansion: