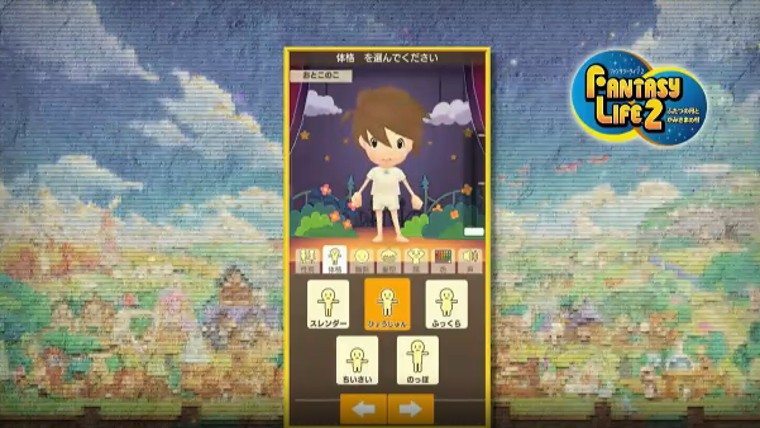 Fantasy Life, the life simulation RPG from Level-5, was a decent hit when it released on the Nintendo 3DS in Japan in 2012 and around the world last year. However, it looks like the series is in for a pretty major change as the developer has announced that Fantasy Life 2: Two Moons and the Village of God will be released on smartphones, forgoing the 3DS platform altogether. According to Siliconera, the announcement was made during Level-5’s Ongoing Vision 2015 event.

As far as the gameplay is concerned, there will certainly be similarities to the last game in the series, though a number of alterations have been made both for the mobile platform and in general. Fantasy Life 2 will feature a heavier emphasis on the new “Village” mechanic, where you try to collect villagers as you build your city. There iwll still be 12 different Lifes to try out though, so classic gameplay should still be present. Familiar characters will return, and you can try to team up with them or others to take on monsters that lurk nearby. The art-style is reminiscent of the first Fantasy Life game, so fans shouldn’t be disappointed here.

Fantasy Life 2: Two Moons and the Village of God is set for a release in Japan this Summer for iOS and Android devices. No official word was given as far as a global release schedule.