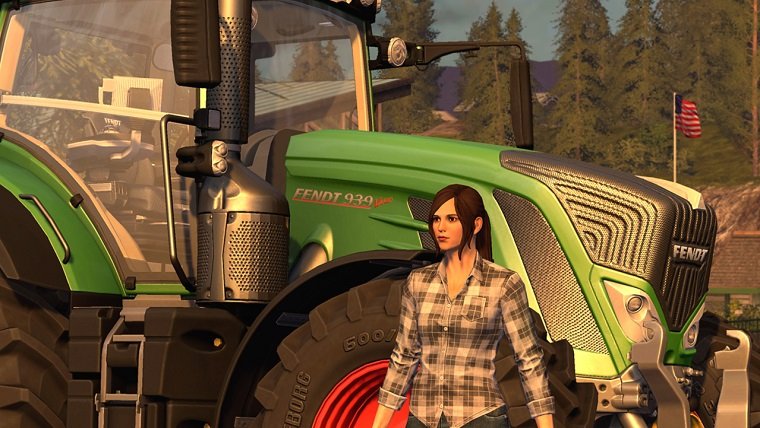 The Farming Simulator series has a very particular (and loyal) fanbase that is prominent on PC thanks to mod support, though today we learn that it will be making its way to a very different platform and install base. GIANTS Software’s annual farming series will be coming to Nintendo Switch, though a specific release window has not yet been revealed.

We do know that it will feature everything that is currently available in Farming Simulator 17, which lets you “explore farming possibilities over hundreds of acres of land, including a detailed new North American environment. Drive over 250 authentic farming vehicles and equipment from over 75 manufacturers, including new brands such as Challenger, Fendt, Valtra or Massey Ferguson.”

Of course, being a Farming Simulator game, dealing with crops will prove to be one of the main focus points of the entire experience. You can “harvest many types of crops, including for the first time sunflowers and soy beans. Take care of your livestock – cows, sheep, chickens and now pigs – take part in forestry, and sell your products to expand your farm! Transport your goods with trucks and trailers, or load and drive trains to reach your destination.”

The developers also announced that a new version of the game will be coming to both Nintendo 3DS and PlayStation Vita as Farming Simulator 18. They refer to this version as “the premiere pocket farming experience in gaming! Farming Simulator 18 gives you access to a huge selection of over 50 farming vehicles and machines, faithfully recreated from over 30 of the biggest names in the industry, including AGCO’s most respected brands: Challenger, Fendt, Massey Ferguson and Valtra.”

It will be interesting to see how this game does on Nintendo’s upcoming platform, as the series in general is one that you’ll get wildly different opinions on depending on who you ask. Some love immersing themselves in the farming experience, whereas others can’t stand them at all.