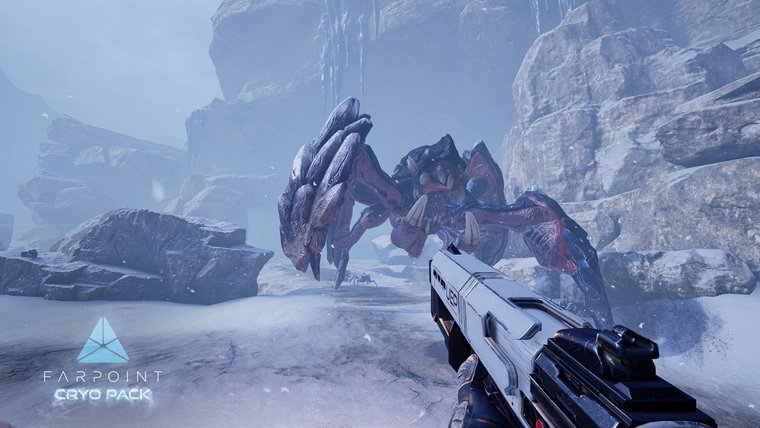 Farpoint developer Impulse Gear has announced via PlayStation Blog the launch of a free package of DLC content today called Cryo Pack. The PSVR exclusive shooter is receiving a new set of maps to play in co-op mode that take players to two new regions covered by ice and snow, and populated by a version of the game’s enemies who have adapted to live in the cold weather. A new skin portraying an explorer of these regions will be available to use by players as well.

Other new features of the Cryo Pack include a version of all the co-op maps, including the two new additions, playable in Challenge Mode, as well as new virtual toys in the game lobby, and new trophies.

Released along the new Aim Controller peripheric, Farpoint has become one of the bigger hits of Sony’s PSVR in its short life, with players clearly supporting the development of fun shooters that offer a fully realized experience especially designed for virtual reality.