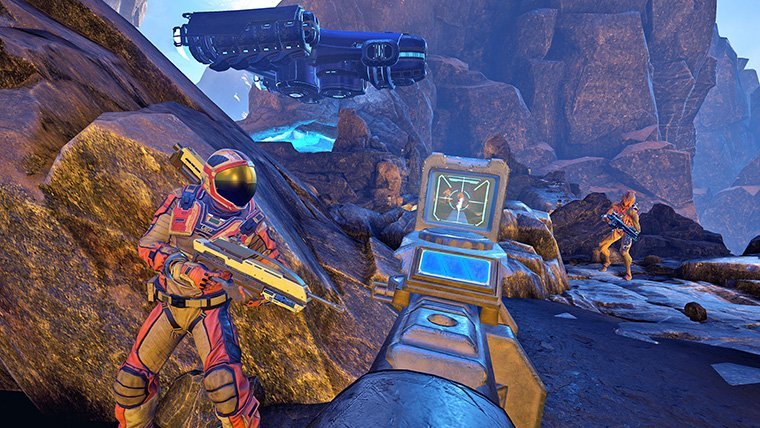 Farpoint, one of the most talked about PlayStation VR titles has gone gold, meaning that its release date is just around the corner.  Impulse Gear just recently took to the PlayStation Blog to reveal that the Farpoint Release Date is on track for May 16th confirming that the game has gone gold.

Going gold means that the final product has been finished.  Any further work on the game will be in the form of a post-launch patch.  Farpoint has been one of the most anticipated games to arrive on the PlayStation 4 & PlayStation VR due to its immersion and controls, working as a first-person shooter in space that utilizes both the PlayStation VR headset and the PSVR Aim Controller.

Though it sounds like it’s going to be one of the meatier PlayStation VR games as well, stretching from an “experience” to a game that utilizes VR and attempts to pull the player into a compelling story.  You can check out the first bits of said story in the trailer below.

We got a chance to play Farpoint in late-2016 during a PAX West Demo.  Our Kyle Hanson walked away impressed by the game, saying his experience with Farpoint was “a blast” and that this is “the type of game that VR needs right now.  Less a tech demo, and more a full blown action game.”

Assuming it stays the course, Farpoint will arrive on PlayStation 4 on May 16th.