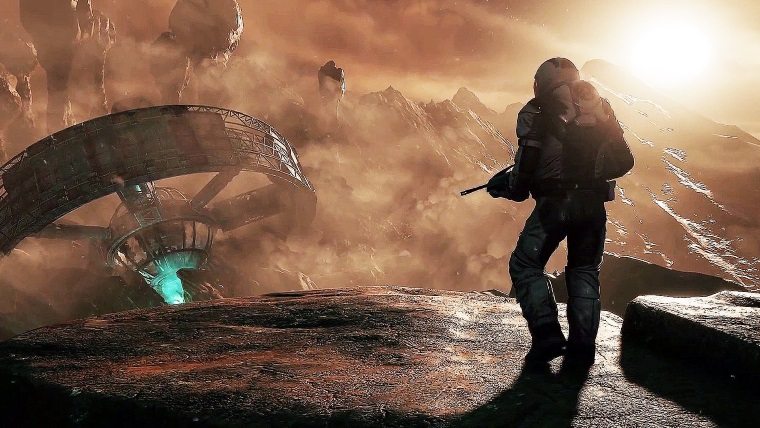 I’m a bit of a VR enthusiast, which some might call a snob. I own a Vive, and sold my Oculus after it became apparent that they were not ready to go forward with motion controls until well after launch. I upgraded my graphics card for VR, and continue to tweak and adjust my system for maximum efficiency in regards to VR games. So it surprised me when I was actually a bit of a fan of PlayStation VR.

Trying it first at PAX East 2016, I’ve had a couple of trials with the headset, and its upcoming games. Everything from RIGS to Resident Evil 7, the games were great, but the headset was the most impressive part. Sure, it wasn’t full room scale like my personal Vive, but it’s tracking was great, and the resolution was surprisingly solid.

Once again I got to try out the PSVR headset, this time at PAX West 2016. The game was Farpoint, a recently announced title that stretches the PlayStation VR to its limits. The game allows you to walk around freely (using the joystick), and is a shooter whose weapon is the combination of two Move controllers. Could PSVR and Farpoint impress me once again? Yep, easily in fact.

Farpoint itself was a blast, and is exactly the type of game that VR needs right now. Less a tech demo, and more a full blown action game, Farpoint puts you on an alien planet full of mystery and nefarious foes. Using the plastic attachment that turns the Move controllers into a big, two-handed gun could have been silly and pointless, but actually made for a totally immersive experience.

I spent a good minute or two just staring at my hands, moving the gun in different ways, and watching as my avatar’s hands, arms, and body moved in unison. Like RIGS, it was the small stuff that helped put me right into the game, which is no small feat with the loud noises and bright lights of the PAX West expo hall. Once I finished ogling the tech I proceeded with the game, once again delighted with the visual fidelity of the headset and how well the PS4 was handling it.

Farpoint is a pretty straight forward shooter experience, at least as far as this demo is concerned. You are investigating a world where your teammates have disappeared. There are obviously some hostile aliens involved, and a few other mysteries that you’ll likely work out through the campaign. What makes the game fun is getting to play through it in VR, aiming your weapon and firing at quickly approaching aliens with ease, accuracy, and a huge amount of immersion. I found myself flinching, ducking, and dodging far more than I ought to, even for a VR game.

So, overall, Farpoint was a fun romp and served to show once again the power of the PlayStation VR. If you were worried that $400 couldn’t buy you at least a comparable experience to what those with $800 Vives and $1500 computers could get then worry no more. There are some downsides, but they pale in comparison to the experiences that you’ll be able to have on this device. Of course that all depends on the games, but with RIGS, RE7, and Farpoint all slated to arrive at or near launch, Sony seems to have that aspect on lock as well.

PlayStation VR hits on October 13th and Farpoint arrives some time in 2016.