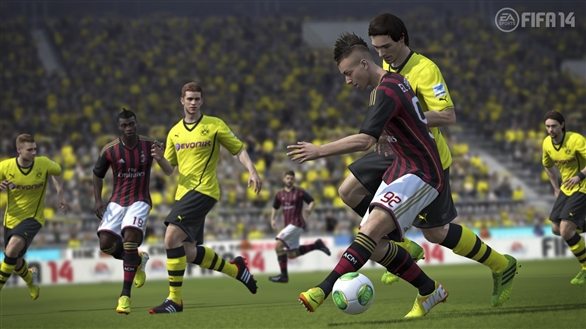 EA Sports announced today via a series of tweets and an article on their website that they are making a number of changes to Ultimate Team(UT) for FIFA 14.  It would appear that EA have listened to the community and improved the tried and trusted formula; according to the article, over 3.4 million UT games are played daily, making it the most popular game mode on FIFA.

Player Formation and Morale will no longer be a part of Ultimate Team; instead,  FUT Chemistry Styles and Loyalty replace these aspects. The first of these seems to have the biggest effect on gameplay; players no longer have a preferred formation so you don’t need to worry about that one striker you really want costing 5000 extra coins just because of the formation you’re building.

Chemistry Styles are described in the article as making  ‘each individual play styles[sic] stand out’ with the goal in mind of creating ‘the ideal chemistry within your squad, which will enable your team to reach its true potential.’ They essentially act the same as training cards from previous editions of FIFA but will affect more than one attribute. Though not expressly stated in the article, these have been confirmed to be persistent consumables by YouTubers who have play-tested FIFA 14 UT. 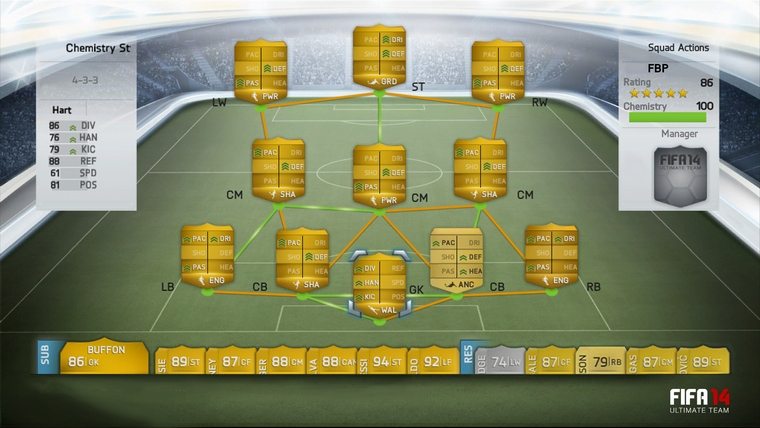 In the picture above, you can see three letter abbreviations at the bottom of every player’s card, with 2 or more green arrows next that player’s 6 key attributes. These correspond to that player’s Chemistry Style, some of the current options include: 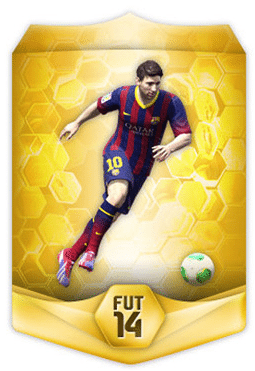 Less depth is revealed regarding Loyalty and how it will affect the game however. What is clear is that players found in packs will have loyalty, but players bought on the market will need to play ten games for your club before they are loyal.

Some other changes to Ultimate Team for FIFA 14 include the return of Single Matches, rather than being forced to enter a Tournament or Seasons game, and the extension of Seasons to now having ten divisions. With regards to Seasons the articles boasts that ‘you can earn rewards such as coins, items, and players along the way.’, though this was all theoretically possible in FIFA 13 UT, so it’s unclear whether this is much of a change.

More customization of your club will also be available , including changing kit numbers and player roles from the UT hub, while the search system for the transfer market has also been streamlined and improved. This includes searching by Player Name and Chemistry Style.

More information on FIFA 14 from Attack of the Fanboy can be found here.