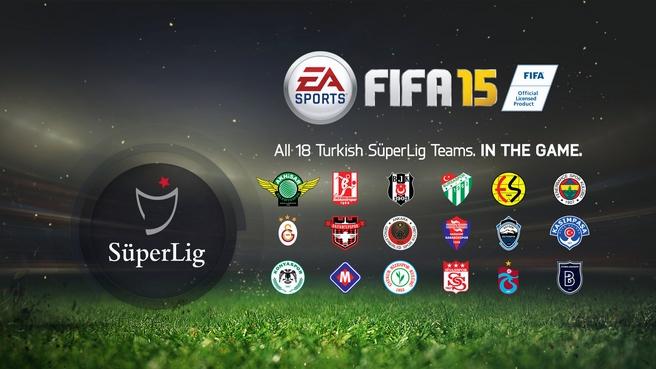 For the first time in franchise history, EA is including the entire Turkish League in FIFA 15. Pretty sure this will come as great news for football fans living in the country of Turkey.

All 18 teams of the Turkish Super Lig is here in FIFA 15 as announced by EA Sports. All teams will include “authentic logos, kits, and rosters”. This means everything is 100% licensed so you won’t see any fake names or kits for anybody in the Turkish League. Everything presented in the game will be as you see it like in real life.

EA Sports also announced that Turkish League players Aatif Chahechouhe of Sivasspor, Fenerbahçe’s Moussa Sow, and Beşiktaş goalkeeper Tolga Zengin will be included in FIFA 15’s Ultimate Team. FIFA 15 also adds Serie A and BPL partnerships. The game is one step closer to adding every team possible in the sport of football.

Sadly, FIFA 15 still cannot get the full license for the domestic Brazilian League. EA Sports tried its best, but couldn’t come to an agreement. This may be something they will have to concentrate for FIFA 16 and beyond.

For today’s news, Turkish football fans have been wanting to hear this for a long time. I’m sure they will be quick to pre-order FIFA 15 now.