FIFA 17 Set To Have Many Gameplay Changes 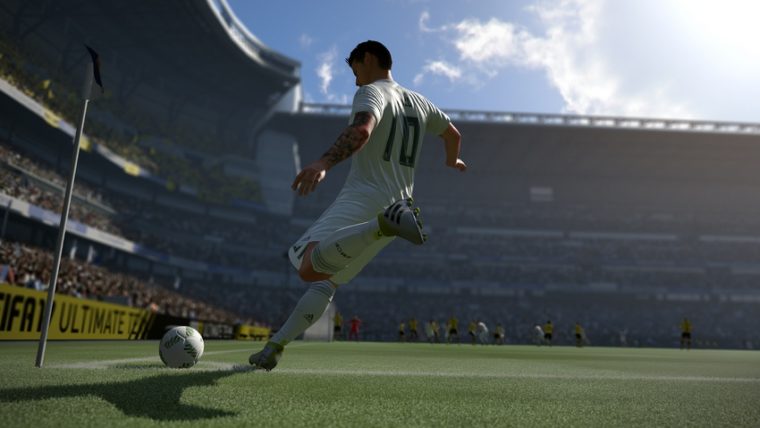 FIFA 17 is being advertised to be a fresh start for the long running football/soccer series. Apart from getting a visual upgrade using the new game engine, the game will also have several gameplay upgrades.

One of the areas that EA Sports has focused on for FIFA 17 are “set pieces”. In a new interview, lead gameplay producer for FIFA 17 (Sam Rivera) talks about the changes that have been made to this year’s game.

Rivera confirmed that set pieces were relatively unchanged for many years so they decided it needed to be revamped. They want to give players more freedom and control than ever before.

For example with corners, the aiming is different this year. You now use the left stick to control where you want the cross to be delivered. EA said: “this works by moving a reticule on the screen that represents the target of your cross. Tapping the button results in a ball that has a loopy trajectory, good when aiming for the far post or taller players. However if you hold the button longer then you’ll have a more driven trajectory ball, for a near post move, or a flick on”

Players in the box can also be controlled so you can make them move around to a better area to score a goal. This is unlike in previous games where players would just stand in any position and you had to just hope they would get to the ball.

The other changes have been made to penalties, free kicks and even throw-ins. You can now control how you want to approach the ball when taking a penalty. This is the same thing they have added for free kicks. You can decide how far back you want to run up beforehand.

Throw-ins have changed for the better. In FIFA 17, you can now walk across the touch line for a better position. There is even a “fake throw” so you can confuse your opponents.

Home / Game News / FIFA 17 Set To Have Many Gameplay Changes