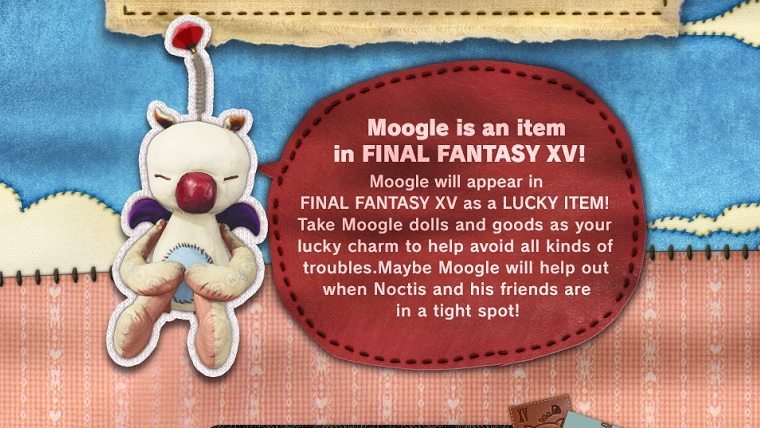 Yesterday it was revealed that Square Enix had launched a new Final Fantasy 15 countdown website, and it seemed to have something to do with Moogles. Well, the countdown has come to an end and the announcement is indeed about Moogles, though perhaps not in the way some would have expected.

Square Enix has revealed that Moogles will be added into the game as “lucky items,” which will apparently help Noctis and his team out along their adventures. “By taking Moogle dolls and goods along as your lucky charm, you can avoid all kinds of troubles,” says Square Enix. “Maybe a Moogle will help out when Noctis and his friends are in a tight spot.”

They also announced a new Twitter campaign having to do with Moogles. Every time someone follows the Final Fantasy 15 Twitter accounts a Moogle counter will rise, unlocking various rewards along the way. The highest reward is a Moogle movie, though no information was given regarding what that would actually be. You can check out more details at the website by clicking right here.

Final Fantasy 15 is set to launch for PlayStation 4 and Xbox One on November 29th.