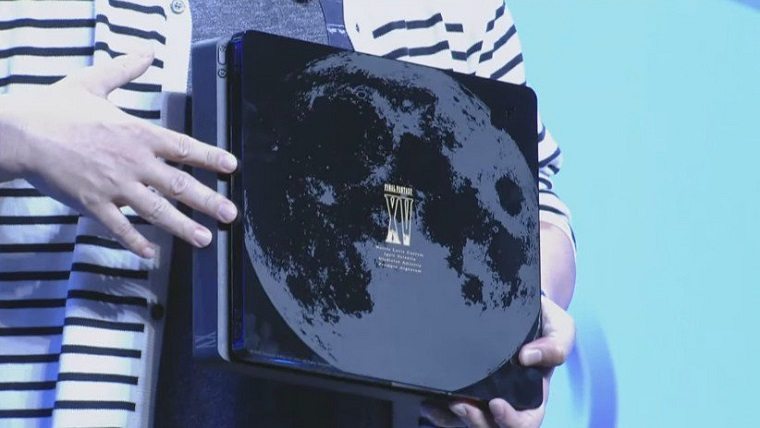 Square Enix and Sony have announced at TGS 2016 a new Final Fantasy 15 PS4 console that will be available at launch. You can see from the photo above.

This console is called the “Lunar Edition” and has been designed by Hajime Tabata. It will be out on the same day as Final Fantasy 15’s release date which is on November 29th, 2016.

The console has been made in order to increase the PS4 ownership in Japan says Tabata. The PS4 is still the number one console in the region, although it’s not selling as much as previous Sony consoles are.

It’s worth mentioning this is based on the new PS4 Slim and not the PS4 Pro. You can buy it if you have never owned a PS4 before, or if you are a serious collector. Local pricing and details have yet to be announced, but hopefully it is available in both North America and Europe later this year.