Final Fantasy VII Is Debuting On PlayStation 4 This Spring 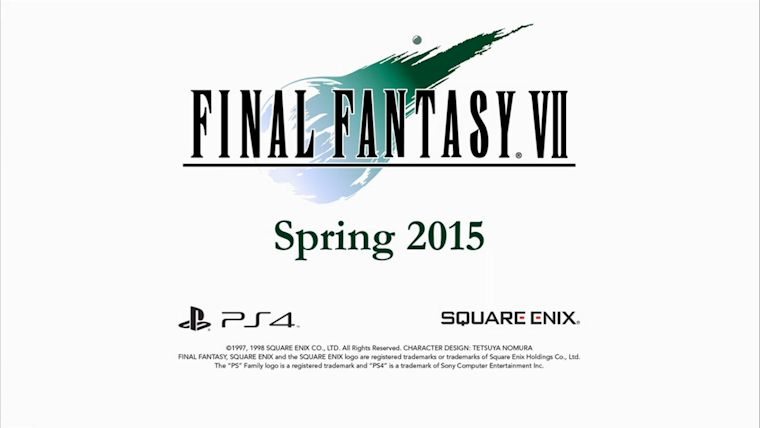 Final Fantasy VII released exclusively on the PlayStation seventeen long years ago and the franchise has seen many changes in that time since. Since then, we’ve seen a re-release of the game on PlayStation 3 and both PSP and PS Vita through the PSOne series that were just a straight port. Now, it has been revealed that the game is coming to PlayStation 4 as well.

Recently, a somewhat upscaled version of Final Fantasy VII was brought to Steam and now it has been revealed at the PlayStation Experience that the same version will also be coming to PlayStation 4 in the spring. The presentation almost made it seem like we might finally be getting the much awaited remake that gamers have been wanting forever, but sadly it ended up just being the version that has already come to PC.

Hopefully this means we will also see the other PC versions of games like Final Fantasy VIII in the near future as well, considering we all know this one will sell exceptionally well. Is this announcement a dud for you as not a full remake or does Square Enix have your money regardless? Let us know in the comments below and make sure to check out the reveal trailer below: