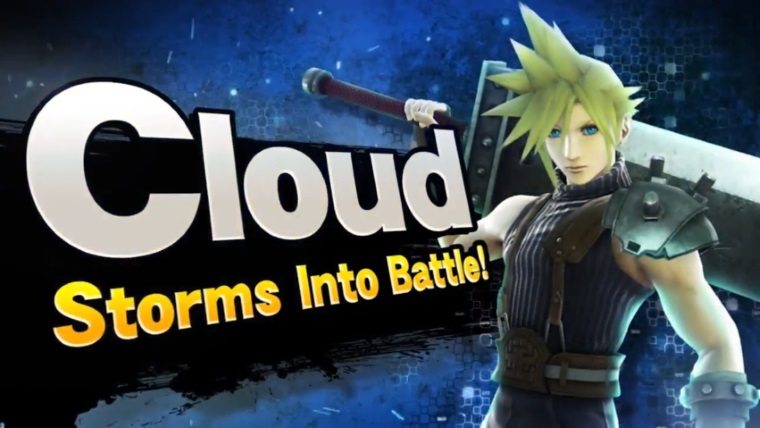 In a stunning reveal Nintendo has announced that Cloud from Final Fantasy VII will be appearing as a DLC character in Super Smash Bros. for Wii U and 3DS. The character has become a fan favorite since appearing on the original PlayStation title, which was the first Final Fantasy game to launch exclusively on a non-Nintendo platform. The divide that that launch created between Square Enix and Nintendo was believed by many to be one of the major causes of the PlayStation’s success and the N64’s relative failure.

The joining of Final Fantasy VII and Super Smash Bros. has been a dream of many Nintendo fans for some time. Seeing Cloud fighting with and alongside huge Nintendo characters will be a pretty surreal moment for longtime fans of the company and the Final Fantasy series.

Cloud will be wielding his iconic Buster Sword, making him play similarly to other sword characters. He does seem to feature unique moves though, so don’t expect a direct copy at all.

The character doesn’t yet have a release date, but fans should expect it fairly soon as these announcements usually come closer to release. Whenever it is released it will certainly be available for both Wii U and 3DS versions, most likely at the same price as past DLC.