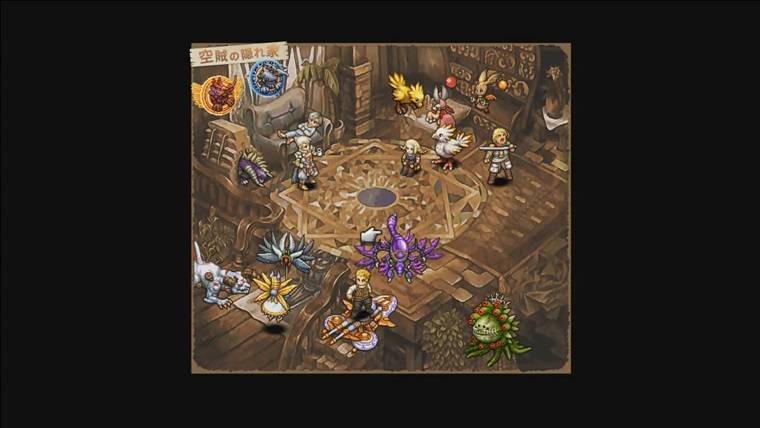 Square Enix said last week that a major announcement concerning Final Fantasy XII: The Zodiac Age would be coming today and it delivered. Now, upon the arrival of version 1.04 tomorrow, the Sky Pirate’s Den will be making its return.

Final Fantasy XIII: The Zodiac Age featured an overwhelming amount of improvements over the original, such as dual job licenses and better equipment balance, but in the midst of everything that was added, one thing was removed: the Sky Pirate’s Den, whose prime function was turned into trophies.

Fans noticed its absence and begged for Square Enix to bring it back; and now they’re getting they’re wish.

The Sky Pirate’s Den is a small space that players can access which will fill with sprites of various characters, monsters and other objects from the game as they complete certain tasks and objectives in the game. The catch here, however, is that players don’t know what these objectives are and won’t find out until the associated sprite is unlocked. Luckily, the requirements to unlocking most of them are as easy attacking a certain amount of times or defeating a certain enemy, but some do require a bit more finesse. Sprites aren’t the only things players can earn as a reward, though, as a neat title is attached to each one.

That said, it remains unclear if players who met these requirements on a pre-existing file will obtain these titles/sprites upon loading their files tomorrow.

On a related note, the announcement had one more thing to share: a new theme.

Players will be able to download a free PS4 theme called “Eruyt Village.” Not only does the theme feature newly-made illustrations depicting the Viera, but it has music to go along with it. 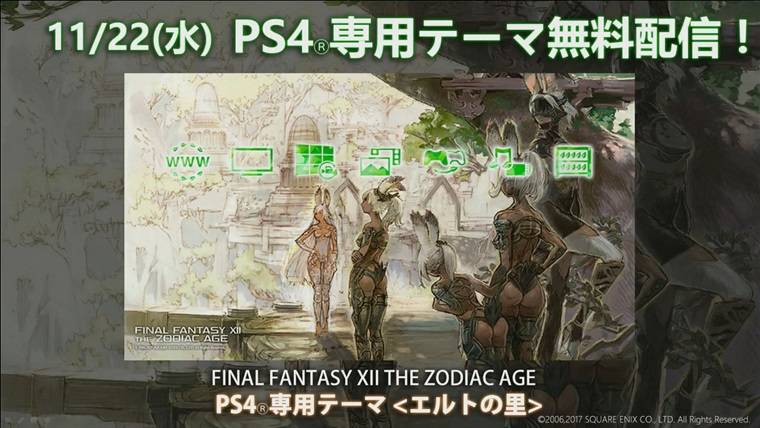 Final Fantasy XII: The Zodiac Age is available on the PlayStation 4.