Relic Weapons should also be less painful to grind. 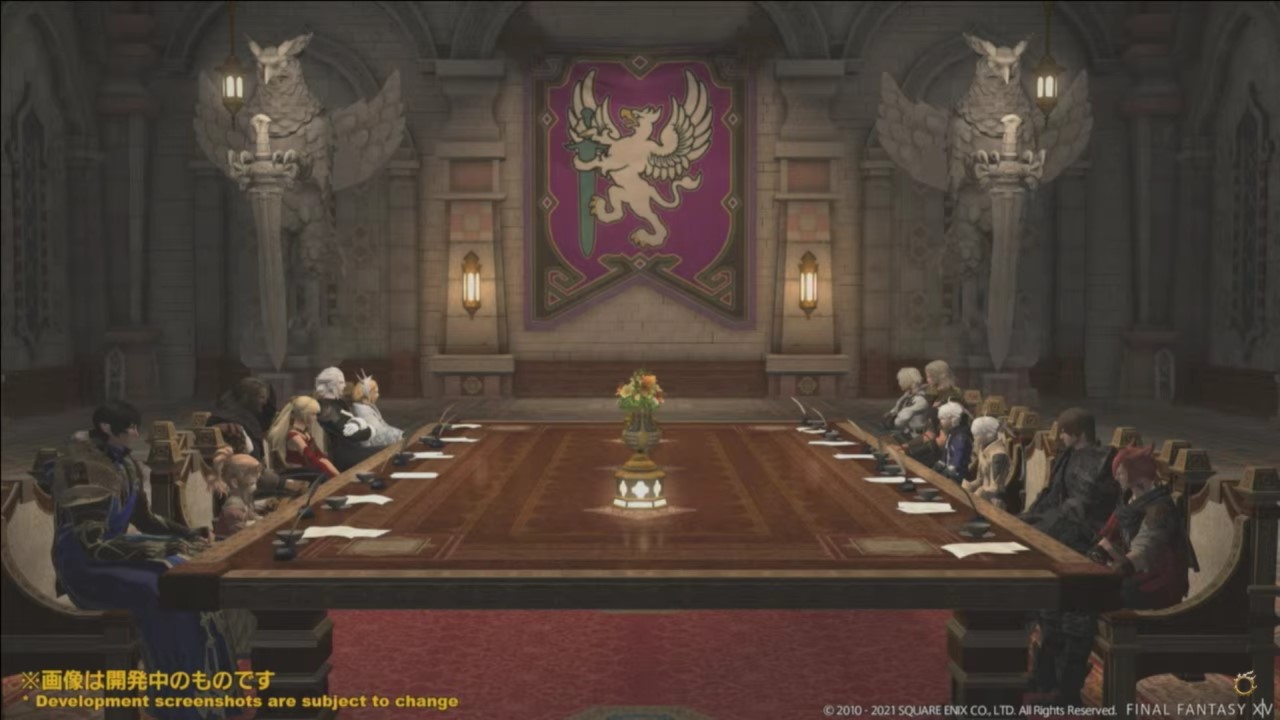 Final Fantasy XIV: Endwalker may be today’s largest announcement in the Final Fantasy-verse, but Patch 5.5 is right around the corner. A few short hours after revealing and discussing Endwalker, Producer/Director Naoki Yoshida (Yoshi-P) and Global Community Producer Toshio Murouchi (AKA Foxclon) sat down for the 62nd Live Letter from the Producer to discuss the upcoming Patch 5.5 for Final Fantasy XIV. Let’s get into it!

Final Fantasy XIV Patch 5.5 – Death Unto Dawn – will be split into two parts, both leading into the next expansion, Endwalker. Part 1 will release April 13th, 2021, followed by Part 2 at the end of May. There will be a new Main Scenario quest-line tying to current plot into Final Fantasy XIV: Endwalker, and it will resolve a few of the ongoing dilemmas while opening up the new arc.

There will be a new dungeon – Palgth’an – and it will support the Trust system. Not much was discussed about either the Main Scenario or new dungeon, though Yoshi-P did say we should recognize Palgth’an.

The final chapter in the Sorrow of Werlyt story will be a part of Final Fantasy XIV Patch 5.5, introducing the Cloud Deck trial (and Cloud Deck Extreme). For those keeping track, we’ve been tackling the various Weapons from Final Fantasy VII, and all that remains is Diamond Weapon. It should be a good time . . .

YoRHa: Dark Apocalypse will come to an end as well with Chapter 3, though both Yoshi-P and Foxclon both refused to say more about it other than “who knows what Yoko has in store?” There will be a weekly quest tied to the story that will become available after clearing the new 24-man raid, but we’ll have to wait until Final Fantasy XIV Patch 5.5 goes live to know what exactly that weekly entails.

The duo confirmed Job adjustments will come in Patch 5.5, but we’ll have to wait until the next Live Letter to learn exactly what those will be. PvP was briefly touched on, and Yoshi-P confirmed new armors will be added as rewards. 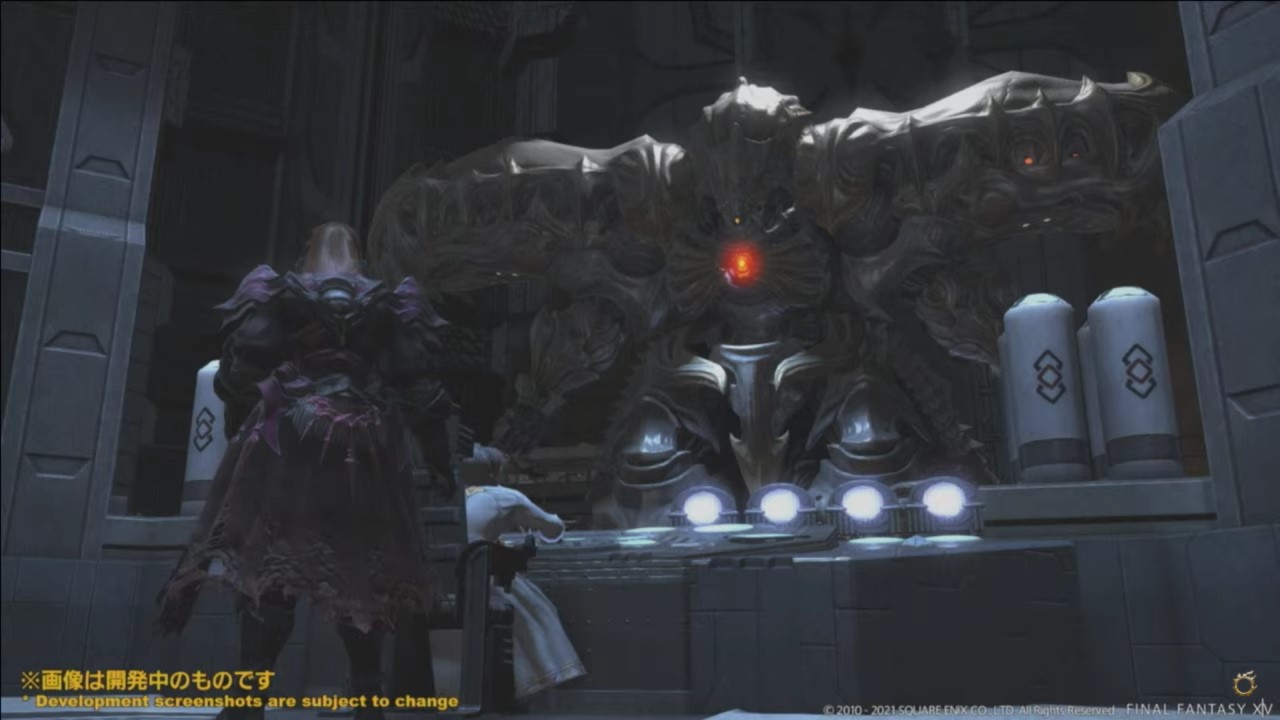 Castrum should be less painful to get a group for, and Relics will be easier to farm (somewhat).

The two then moved on to a rather contentious topic of late: the Save the Queen Resistance Weapons. Yoshi-P went well out of his way to affirm the need to complete the Save the Queen story quests to progress the Relic Weapon quest-chain, though the team is looking to improve the experience before Final Fantasy XIV Patch 5.5 drops.

One of the larger adjustments coming to Relic Weapons is the ability to upgrade them while playing through the Bozjan Southern Front. Yoshi-P admitted the current acquisition rates outside Bozja were unbalanced in comparison to the Southern Front, and the team plans to address that discrepancy. Also, he acknowledged Castrum Lacus Litore is a bottleneck right now, so the team will be making changes to how that instance works, as well as adding additional rewards to entice players into the instance. All of these changes should deploy in a hotfix well before Patch 5.5 goes live.

Yoshi-P then spent a moment clarifying how upgrading Relic Weapons works in Shadowbringers, and pointed out there are certain intermediary quests are only one-time ordeals per character. That out of the way, he confirmed the last stage of the Save the Queen Relic Weapons quest-line will release during the Patch 5.5 lifecycle, and that it will involve a new zone: Zadnor. The zone will feature a bunch of popular opponents, and Yoshi-P claimed the team was “going all in” on designing it. 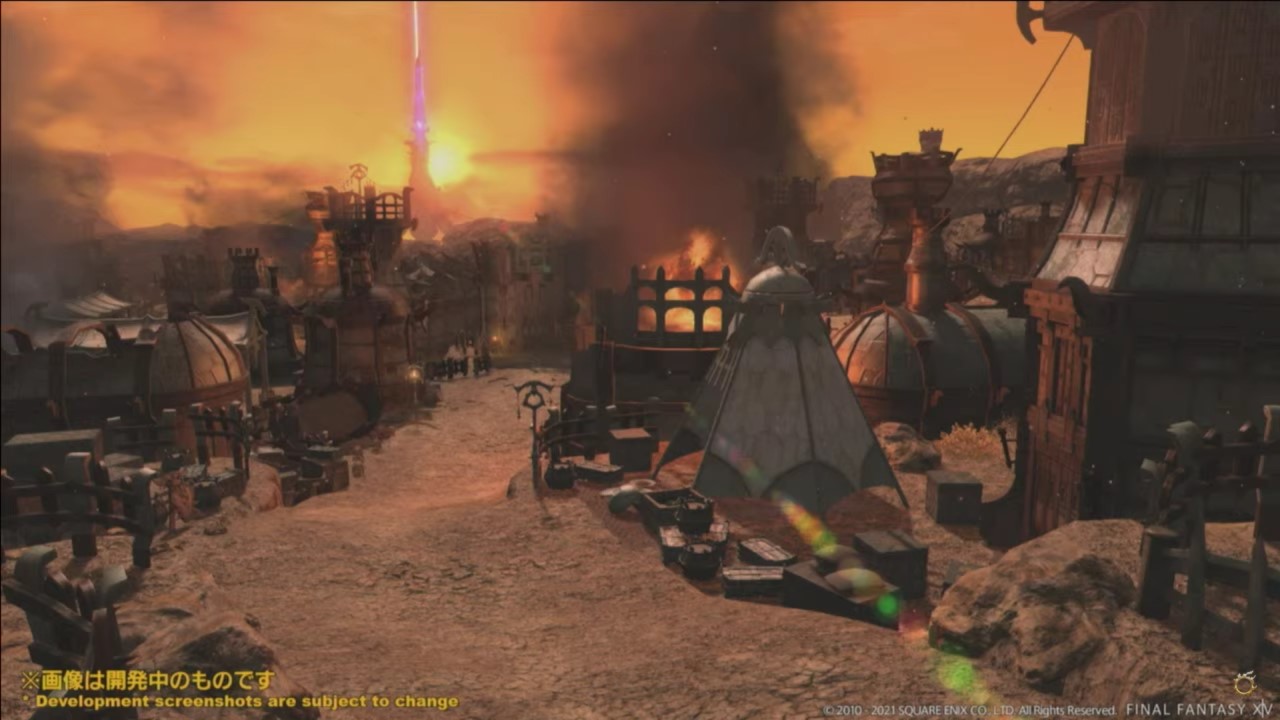 The Relic Weapons discussion was followed by the more common additions coming in Final Fantasy XIV Patch 5.5. There will be a new Unreal Trial, but both Foxclon and Yoshi-P declined to reveal who it will be (“please look forward to it”). Crafters will soon be able to take on challenging Expert recipes that will require high item-level equipment, and they’ll earn unique achievements for taking on these tricky new crafts. Gatherers will soon be to see exactly where gathering points are on the map when they open it from the Gathering Log, and Fishers will benefit from a new list of fish to be released at fishing holes.

The Ishgardian Restoration has come to a close, but apparently the Firmament will host celebrations periodically. During these periods the locals will hold “Fetes”, though what all this means will have to remain a mystery, since Yoshi-P refused to discuss these points any further. A new Custom Delivery Client will be added in Patch 5.5, and they will be tied to the Firmament, so we at least know that.

Triple Triad will get a slight update, with the use of 4-stars in our decks being adjusted, and their acquisition rate getting a buff. A new reward will be added for those who obtain all the Triple Triad cards, but we’ll have to wait and see what it is. Explorer Mode, which lets you explore dungeons you’ve cleared without the threat of enemies, will be updated to include level 70 dungeons. Item and level sync can also be disabled, and instruments will be usable within Explorer Mode. 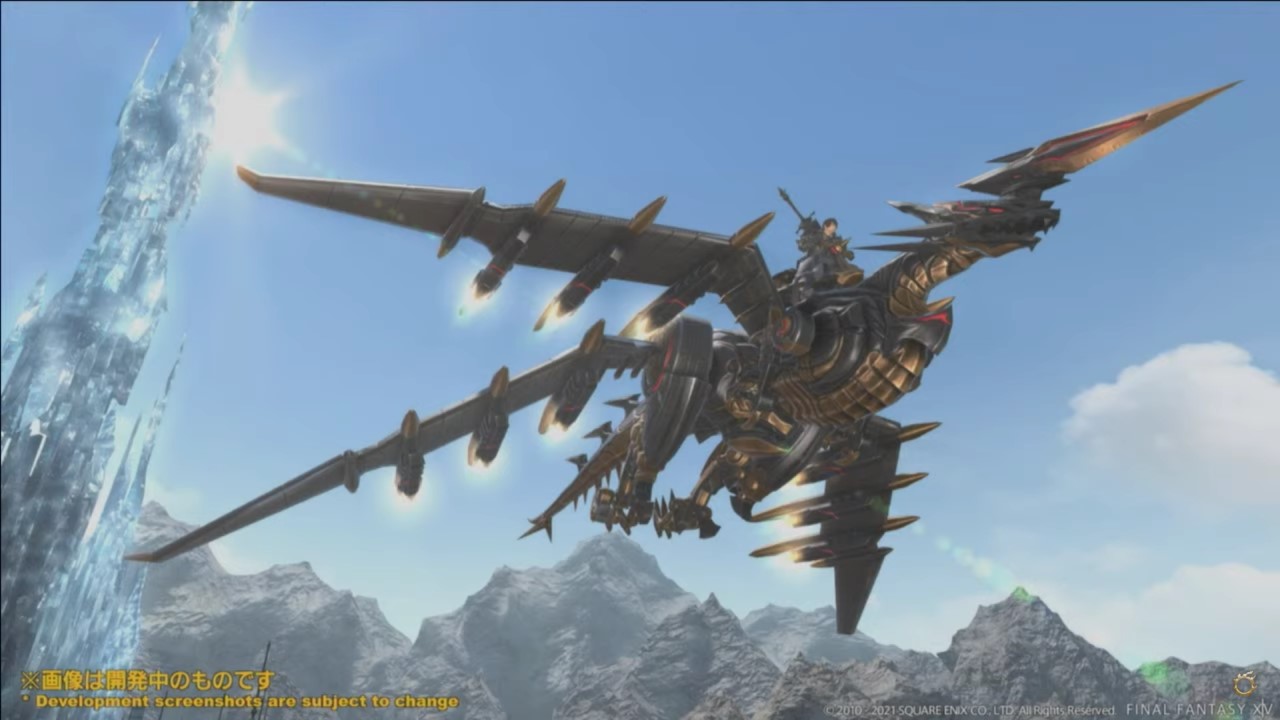 A few final notes were added before the Final Fantasy XIV Patch 5.5 Live Letter came to a close. New indicators will be added for bonuses earned while ocean fishing, a new instrument is coming to the game, and the final mount from obtaining all the 5.5x series trial mounts will become available. There was supposed to be an Ultimate Trial in Patch 5.5 (Dragonsong War Ultimate), but due to COVID-19 severely delaying the production schedule it had to be pushed back to Patch 6.1. Yoshi-P apologized profusely over this, but promised it will make its way into the game (the Ultimate Trial is apparently 70% done).

That was all there was to the Patch 5.5 portion of the Final Fantasy XIV Live Letter. We’ll have to wait until the 63rd Live Letter to learn the more intimate details about the upcoming patch, but at least we have a basic idea what’s coming. As someone who just recently had to clear Castrum for his Relic Weapon I am more than ready for that instance to get some love.