The latest news in the world of video games at Attack of the Fanboy
March 27th, 2017 by Jose Belmonte 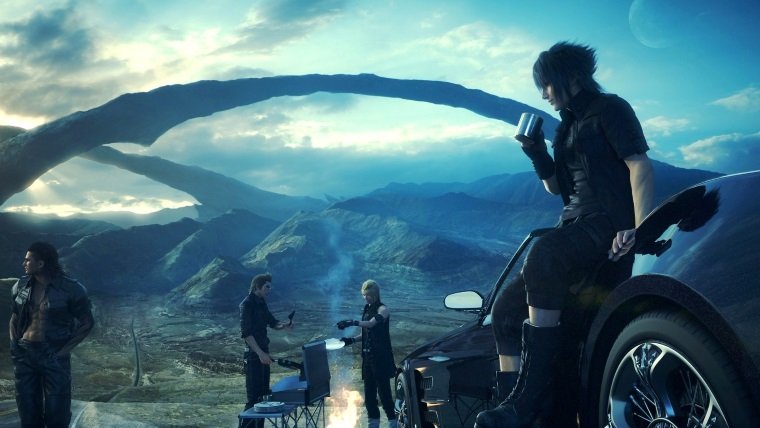 Final Fantasy XV team has delivered on their promise to release a patch that would change the gameplay experience of the 13th chapter of the game. With this new version of the game, players will be able to take an alternative route to complete the episode, which is shorter and shows a new side of the story, which was left largely unexplained in the original version. The update also brings other minor gameplay changes and bug fixes.

While game director Hajime Tabata manage to get Final Fantasy XV through a long and difficult development as a mostly satisfying experience, one certain section of the game gathered most of the complains, with the inclusion of an alternative form of gameplay that didn’t feel polish and a narrative that isolated players while key story moments were happening off screen.

Today the team hopes to address those issues, with the release of the patches 1.06 and 1.07, which adds an alternative version of the chapter 13 of the game, allowing players to experience the events that they missed in the original run through the game, and adds some other changes to the experience.

Skip the next two paragraphs if you haven’t reached chapter 13 and don’t want to know some minor spoilers. The update allows players to play a shorter, alternative version of the chapter by taking control of Gladiolus, which also serves as a trial of the gameplay for the this week’s Episode Gladiolus DLC. This new version is called Chapter 13 Verse 2, and first-time players will be able to choose it at the beginning of the story segment.

We will also be able to go back and forth from Gladiolus route to the original, featuring Noctis, at some points of the adventure. Players who had already gone through chapter 13 in its original form will find Verse 2 under the “Special” section of the main menu. The new patch will also boost the effect of the spells that Noctis can use during his route, and make him able to move faster.

Aside of the chapter 13 changes, the official notes for the patch reveal other changes as some undescribed bug fixes, the temporary conclusion of the Timed Quests, although they will be resumed in the future, the addition of Episode Gladiolus soundtrack to the music player, and some gameplay enhancements, like the ability to climb to a higher point than before. The notes also warn that saved data created under this update will not be compatible with a version of the game that hasn’t been updated.