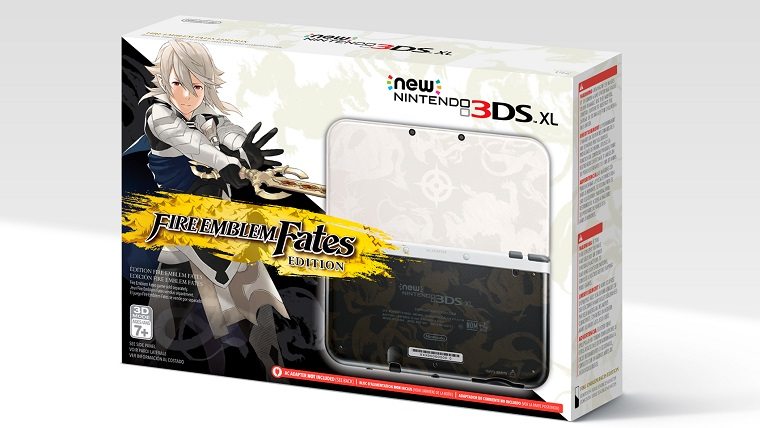 Fire Emblem Fates is just under a month away from release with its intriguing three part story across two releases and a third DLC story beyond that. While the game is playable on any type of 3DS, Nintendo has now announced a brand new version of the New Nintendo 3DS XL that has a Fire Emblem Fates theme.

With the impending release of the game, Nintendo has officially unveiled the Fire Emblem Fates New Nintendo 3DS XL system seen above that will release alongside the game when it launches on February 19. The design on the top of this New Nintendo 3DS XL is certainly pretty subtle, but it’s very possible that it pops a lot more in person than it does in a still image.

However, similar to the release of The Legend of Zelda: Majora’s Mask 3D themed New 3DS XL last February, the Fire Emblem Fates New Nintendo 3DS XL system does not come with the actual game.

This is rather disappointing, but it also means that the retail price for the system comes in at only $199.99, which is the regular price for the system. It is good news though for those that prefer to have an actual cartridge, as the bundles almost always have digital versions pre-installed instead.

This New Nintendo 3DS XL isn’t up for pre-order yet, but I would certainly stay tuned as it is bound to sell out rather quickly when it does, especially based on how fast the Special Edition of the game itself went.