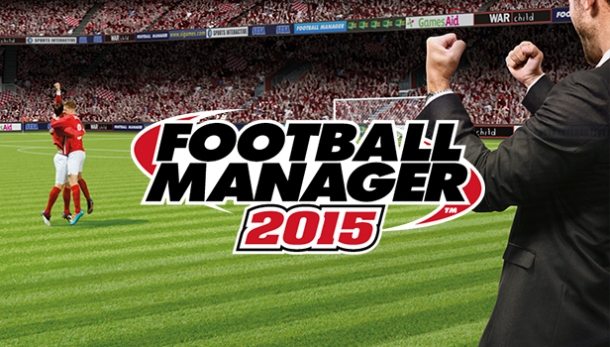 Football season is upon us (yes both American and soccer) and when one thinks of sports titles, one undoubtedly think of the big boys, usually on the consoles, like FIFA, NBA 2K and Madden. Then there are other titles like Formula 1, the new Tiger Wood-less PGA Tour series and NHL that round out the group. What do all these games have in common? They are better on consoles, with the exception of Madden of course, because that title hasn’t been on PC for nearly a decade. So what do PC gamers do when they crave sports, but don’t want to go outside? Football Manager.

Football Manager 2015 has officially been announced by Sports Interactive and seeing how the previous iteration was actually pretty great, it comes as no surprise that a new one is in the works. Heck, it’d probably be in the works even if the previous one was crap too, but continual improvement is something to aspire to and if 2014 was any indication, 2015 will be even better!

Details about the game are scant with Sports Interactive promising a bunch about new features to come on October 1st. They haven’t even given us a release date, but historically, Football Manager has been released right at the tail end of October, or at the beginning of November, so it’d be surprising if it didn’t happen again this year. Also, seeing as there were versions released for PC, Mac, Linux, iOS, Android and PS Vita for 2014, it’s safe to assume those platforms will be making a comeback too.

The lack of details don’t seem to concern Sports Interactive, however, and pre-orders are now available in select countries. But before you go and do that though, you should probably go and check out their website and become a “SI Insider” and grab yourself a 10% discount at the cost of an email address. Also, pre-orderers will get to play a beta version of Football Manager 2015 in the 2 weeks prior to release with many other benefits promised for SI Insiders. The offer expires on the 1st of September, so don’t dilly-dally! Unfortunately, if you’re in Germany, you’re out of luck, as the deal is only unavailable to you. So continues the epic feud between Germany and Sports Interactive.

How excited are you about Football Manager 2015? Loads probably! Tell us all about it in the comments below!