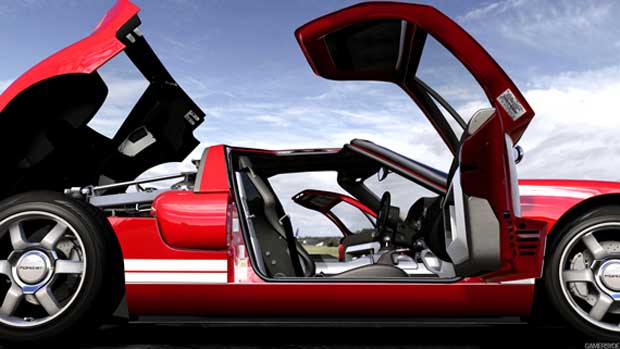 When Forza was shown at E3 last year the developers outlined their intentions for the game and its compatibility with Kinect.  However, not much more has been heard about the game since then aside from a trailer released at the Spike VGA’s back in November.  Though recently, a survey that recently surfaced might have divulged some juicy tidbits about the game, if they turn out to be true.

Originally reported by Kotaku, the survey was sent in by an anonymous reader and they claim that according to the survey Kinect will play a big part in the upcoming racer.  Microsoft’s Motion Controller will be used for head tracking, giving drivers the ability to peer around corners and control features with their voice.  You will also be able to drive with the controller, which was compared to last year’s holiday title, Joy Ride, by holding you hands at “10 and 2”.

So Forza will have somethings to offer the Kinect aficionado, but core gamers are covered too.  The survey claims that Forza 4 will be the best looking game of 2011.  It also details that the ‘graphic fidelity is 10 times better than the previous version with new lighting and shading models’.  The game will feature over 500 cars at launch from 80 different manufacturers.

If there’s one thing that driving game players like, it’s cars.  So the inclusion of this many vehicles at launch will be impressive.  What’s more impressive than the sheer wealth of vehicles to drive is the virtual showroom feature.  Here, players will be given the opportunity to learn about their vehicles in a Kinect enabled walk-around mode narrated by Jeremy Clarkson of Top Gear.  With each car being like a “mini-level” where you can learn about your cars and then test them out on the tracks.

Good thing Forza 4 isn’t due out until the Fall, that should give me just enough time to finish up with Gran Turismo 5 and move on to my next CARPG.