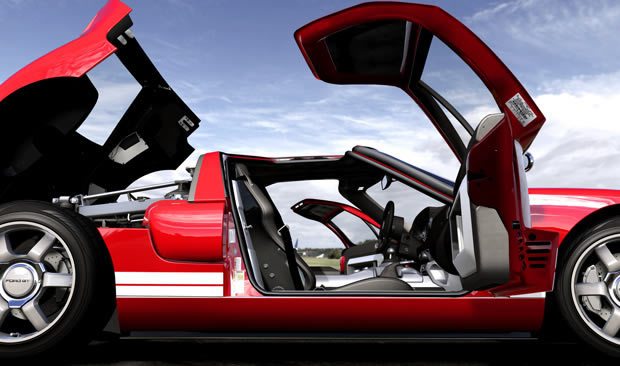 Forza Motorsport was officially confirmed for a fall 2011 release back at the Spike VGA’s but we haven’t heard much since then. New details have come to light about the sequel in an MSN autos piece that fans of the series are going to be extremely pleased with. After extensive research, tire related properties such as weight transfer and the way they handle in different racing conditions is something that the developer is focused on to bring a true to life racing experience in Forza 4.

It also appears that Turn 10 rented each race track that appears in the game. The developer claims that “the staff shot terabytes worth of video and photos”. Each track is mapped from the inside, middle, and outside portions of the track with a commercial GPS. The detailed information is said to have captured even the most minute of details within a sub-centimeter of accuracy.

Kinect will be featured heavily in the game as well. It was revealed at E3 that the next Forza game would have this functionality, giving the gamer the ability to observe your vehicle in a showroom like atmosphere with the motion controller. But when you are driving, the camera will be able to determine a shift in driver perspective if you lean from one side to another. This could help immensely in trying to look around upcoming corners or see racers on your flanks.

The release window is still set for the Fall, however a concrete date has not been set.