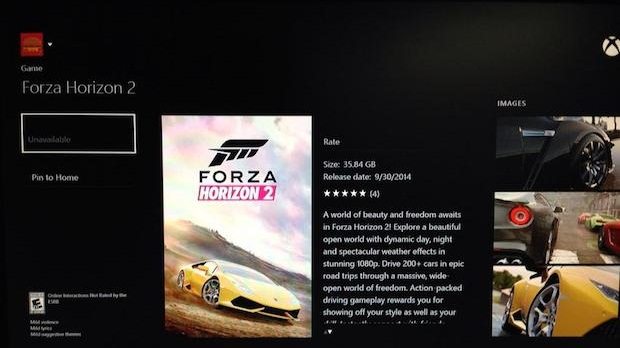 A Forza Horizon 2 listing has been seen on the Xbox Live Marketplace, although it’s not available just yet for pre-order.

A NeoGAF user took note of the listing. The only interesting thing to take into account from the Forza Horizon 2 listing is the size of the game. If you intend to purchase the game, you will have to know there will be 35.84GB you need to install. This is quite big, although is roughly around the same size PS4 and Xbox One games are usually these days. After all, the next-gen games are bigger and use more assets over PS3 and Xbox 360 games.

Forza Horizon 2 releases from September 30th for Xbox One and Xbox 360.