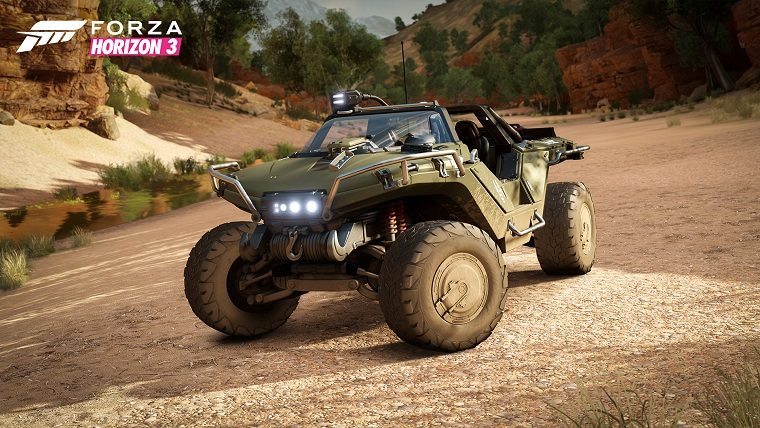 Forza Horizon 3 has officially gone gold, meaning that the game is done and ready to get ready for shipments ahead of its September release. However, along with the news of it going gold, we also got to see the game’s PC specs, achievements list and the reveal of a new vehicle.

First up are the recommended PC specs for the game, which are the following:

Next up are the are the game’s achievements, which you can check out by clicking right here.

Last but not least, we have the announcement that the warthog from the Halo series will be playable in the game. The car is called the 2554 AMG Transport Dynamics M12S Warthog CST, and while it features a 720 BHP twin-turbo V8 engine it won’t have a turret.

The developer also revealed in a blog post that the vehicle is “also ideally suited for the rough and tumble landscape of Australia. With the most advanced suspension in Forza Horizon 3 (with more than 70 cm of suspension travel), plus advanced dampening, you won’t find the combination of power and stability like this anywhere else in the Horizon Festival.”

Forza Horizon 3 will launch for Xbox One and PC on September 27th, though buyers of the Ultimate Edition will be able to play it four days early on September 23rd.