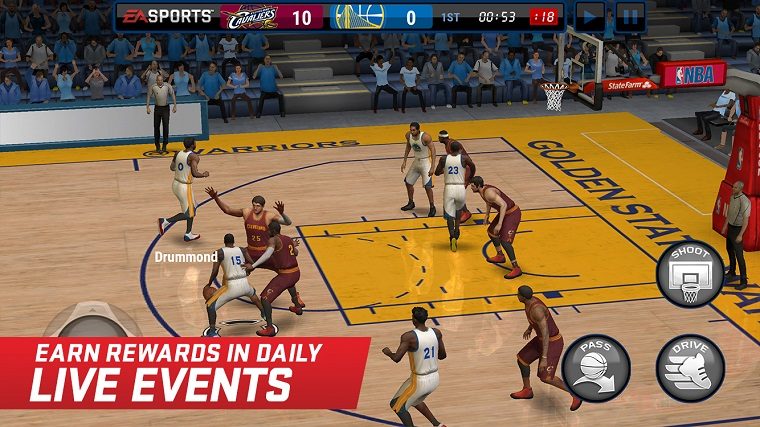 Earlier this year EA Sports released a free NBA Live mobile video game but only to some countries. As of this week, the game is finally out in the USA and lots of other countries.

The game is simply called “NBA Live Mobile” and it’s out now for iOS and Android. The initial download for the game is only 57MB. Much like other mobile video games, there are optional in-app purchases where you can spend your own money on stuff.

There’s quite a few features included here as you can control players using the touch screen. There is 5-on-5 action like in the normal games, although the graphics aren’t as flashy as the PS4 and Xbox One versions.

You can also become a GM and run a team like in real life. This is something more suited to very hardcore fans of the NBA. There is also the very popular Ultimate Team mode where you can recruit players to make you feel powerful.

The NBA season might be over, but this mobile video game will help to entertain you until NBA 2K17 is out later this year. It’s a longer wait for NBA Live 17 as that game doesn’t come out until early 2017.