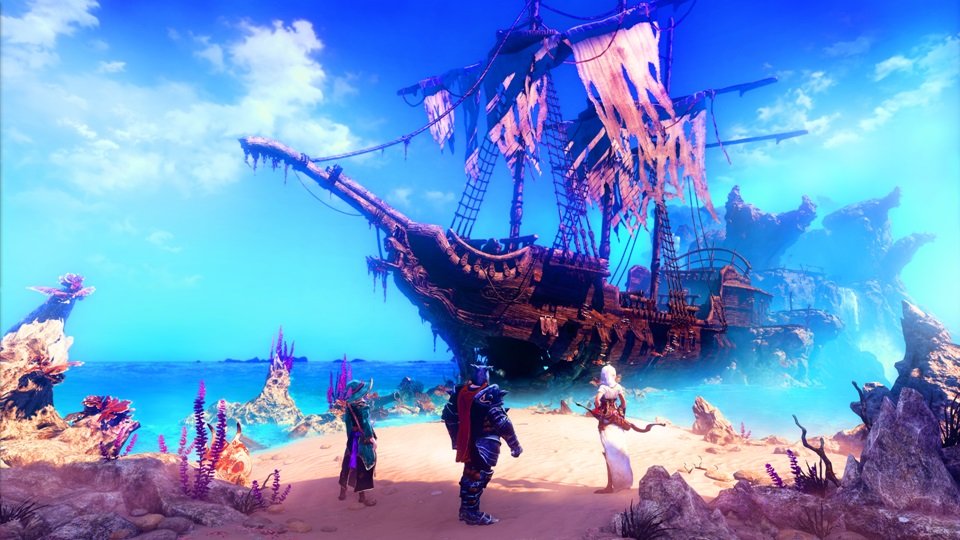 Fans of the Trine series will be happy to hear that the series is set to release another entry later this year in Trine 3: The Artifacts Of Power.

Developer Frozenbyte announced the game today via a reveal trailer that looks to have some stunning visuals. The series has sold seven million copies to date so another entry was more or less a no-brainer. The series has been previously released on just about every platform including PlayStation 4, Wii U and PC.

The side-scrolling adventure looks to take on even grander scale with pirate ships, castles and more in the trailer. Co-op looks to play an important role yet again as players traverse the land and swim under it. Judging by the title, one can expect that the goal is to gather the ‘artifacts of power’ in question.  Fans can keep up with the game at the official site, meanwhile check out the trailer below for a glimpse at the gameplay instore for fans.

Trine 3: The Artifacts Of Power is set to release in 2015 and so far has only been announced for PC. However, since previous entries have landed on every platform under the sun, expect that to change as the title nears completion.