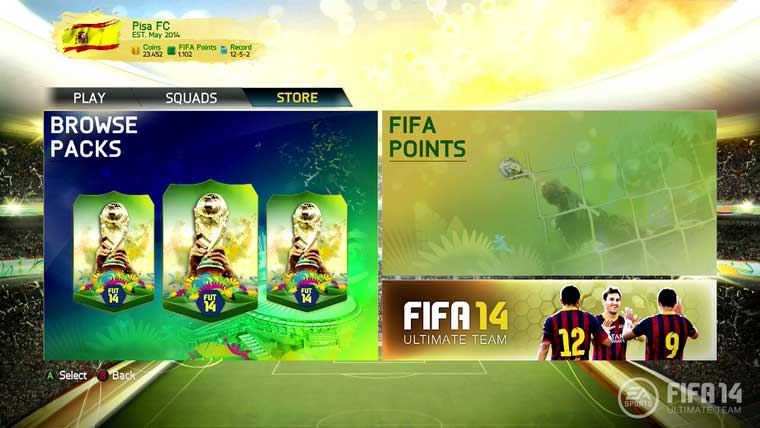 EA has announced that it will be issuing a free update for FIFA 14 which includes a World Cup Mode for the popular FIFA Ultimate Team mode.

This separate mode in FIFA 14 will allow players to build the ultimate squad of players from the 32 national teams competing in this year’s World Cup. The Ultimate Team World Cup features all team crests, kits, and effects of the real World Cup tournament.

Like the vanilla Ultimate Team mode, players can acquire new players and consumable items by purchasing special packs in the mode specific storefront. Winning matches will earn in-game virtual coins that can used to acquire packs and build out the FIFA 14 Ultimate Team.