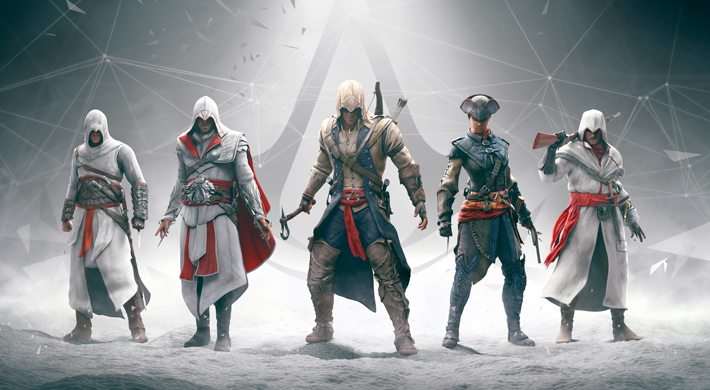 Assassin’s Creed is a franchise that is very rich in lore. Much more rich than most and there’s a simple reason why. Unlike other big franchises that are also packed with lore like Star Wars and Star Trek, Assassin’s Creed doesn’t aim to simply create new stories and universes, but merely to mold and shape what has happened in history to fit in dangerous men with blades in cool hoods. Probably the most effective universe creator, ever.

This new comic book, perhaps even series, is set in the period of 18th century colonial India. It follows the assassin Arbaaz Mir in his struggle against the oppression against his people. It is set to be a very interesting read and you can take a look at more previews or even pre-order it over here now. 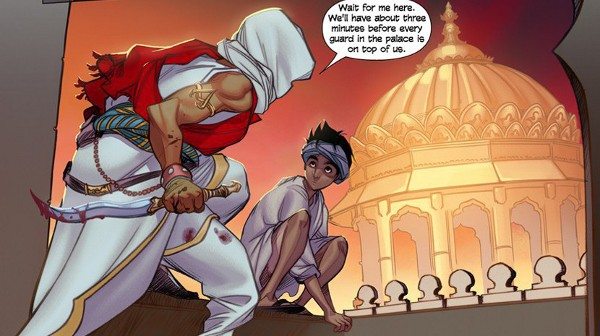 But what does this mean for the future of the series as a whole? If the history of the franchise, in regards to the correlation of comic book settings to game settings, there has been no correlation. Whilst the video games have traversed through the crusades, the renaissance, the American revolution and soon the golden age of piracy, the comics have dealt with the subjugation of the Gauls by Julius Caesar and the Russian Revolution, as well as modern tie-ins with games already made.

With that in mind, there is no reason to believe that the future of the Assassin’s Creed games will even be set in 18th century India. We have not had games set in any of the time periods of the previous comics, with each having clear problems that had yet to be resolved at the time.

For a potential Assassin’s Creed: Ancient Romans Edition, the city Rome of would have been needed, but so too were the immense forests of modern day France. It was only very recently (AC:3) that Assassins were able to see trees as something that were climbable, finally achieving the dexterity of one a many children. That and how surprised would you be to see statues not pure marble white?

And any sort of time period where machine guns or even firearms that had a fire-rate higher than a barrel-loaded musket would be disastrous for a franchise that prides itself on cool melee assassinations and fights. Brahman is pretty much on that cusp.

Whilst the official webpage for the comic says 18th century India, which means roughly the same time period as Assassin’s Creed 3, I don’t really believe that to be the case.

As you can see in the above preview of the comic, the clothing and uniform is just a bit too, not 18th century. I’m no expert in time periodic fashion, but I have a simple way to figure out things like that. Can you imagine Ben Franklin and George Washington wearing those clothes?

Perhaps, they meant 19th century, which would make more sense in a historical context with the rise of the British Raj as well as the clothes. Add the fact the gentleman is talking about falling in line with “Her Majesty” and a little bit of research let’s us know that Britain in the 18th century was kinged by a long list of Georges. Perhaps he refers to the great Queen Victoria? The queen that practically ruled the world in the 19th century?

But then again, perhaps it’s just artistic license and they were talking about someone else. I’m adamant a game set in 18th/19th century India shouldn’t be likely. At least, that was until Brendan Fletcher, the main writer of the comic book said in an interview:

Fans who want to know what the future holds for Assassin’s Creed beyond Back[sic] Flag would be advised to give it a read! Hint! Hint!

Don’t get your hopes too high on India though. This could be a very smart ploy by a man to get more people to buy his comic book.

Or perhaps at the end of the book there will be some sort of teaser art for Assassin’s Creed 5.

Or perhaps, as Assassin’s Creed tends to do, the storyline will fluctuate through history into something completely different either in the comic book itself or at the end, just like how Altair connected to Ezio (e.g. barely).

I guess what I’m saying is, I have no idea. What about you?