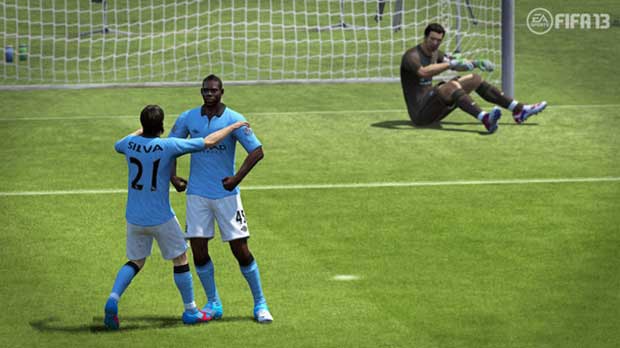 It looks like critics agree that FIFA 13 edges out Pro Evolution Soccer yet again. With both games releasing yesterday, reviews have started to pour in for the two soccer titles on the Xbox 360 and PlayStation 3. The results are that FIFA Soccer 13 is currently scoring close to a 90 on Metacritic, while Pro Evolution 13 is scoring in the low 80’s.

Looking over the reviews, it appears that EA has made some notable changes to the soccer franchise, building on the intelligent AI additions from last year. With numerous reviews citing better controls, fixes for many of the problems that arose in FIFA 12, and a wealth of content as contributors to the high scores.  Although, not many reviewers go out of their way to address why FIFA 13 deserves your cash over the competition.

On the other hand, Pro Evolution reviewers are saying that the game is probably at its best in 2013, so PES faithful are sure to be happy this year regardless.  The Pro Evolution franchise has had a hard time keeping up with EA when it comes to review scores for their soccer games.  The closest they came to one upping FIFA was all the way back in 2008.