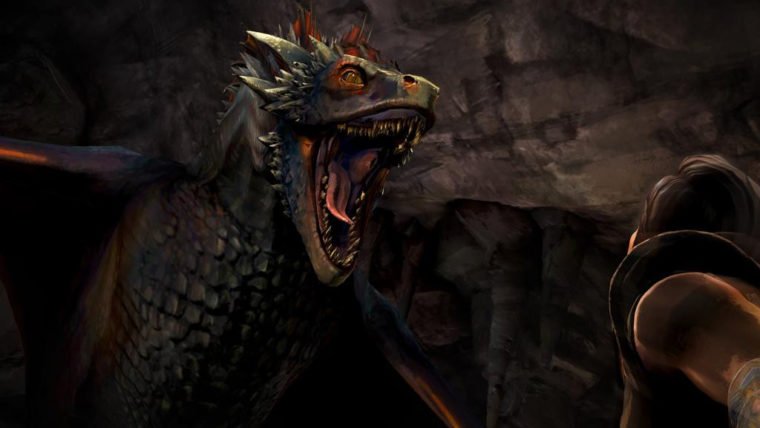 In a very surprising move Telltale Games have announced that Game of Thrones: Episode 3 – The Sword in the Darkness will begin released this week. Beginning with PC, PS3 and PS4 tomorrow, the episode will then hit Xbox 360 and Xbox One on Wednesday, followed by iOS and Android devices this Thursday. The announcement comes just a few days after the initial tease for the episode, which usually signals an imminent release, just not usually this imminent.

Players will dive back into the world of the HBO series, taking control of various members and friends of House Forrester. Picking up where Episode 2 left off, players will alternate between the various characters, making choices, conversing with major characters in the world of Game of Thrones, and just trying to keep their house together through this tumultuous time.

Game of Thrones: Episode 3 looks like it will be upping the stakes, bringing in some familiar faces, and featuring some particularly deadly beasts from the show and books. If you’re all caught up on the series, keep reading to see the official description below:

Asher, the exile, heads to Mereen in search of an army to take on the Whitehills. Meanwhile, far across land and sea in Westeros, Mira must deal with the lethal politics of King’s Landing. Her family’s safety is paramount and she will do anything to protect them, but nothing is given freely, and her choice of allies may soon come to haunt her. To the north, in Ironrath, the Whitehill occupation continues. Gryff Whitehill, fourth-born son, is out to prove himself, and brutality and violence grows daily, pushing the Forresters to make far-reaching decisions. Finally, at the Wall, Gared learns that he must head north if he is to help his house survive. But fate is cruel, forcing choices that will change his path forever.