Game Rentals Off the Deep End 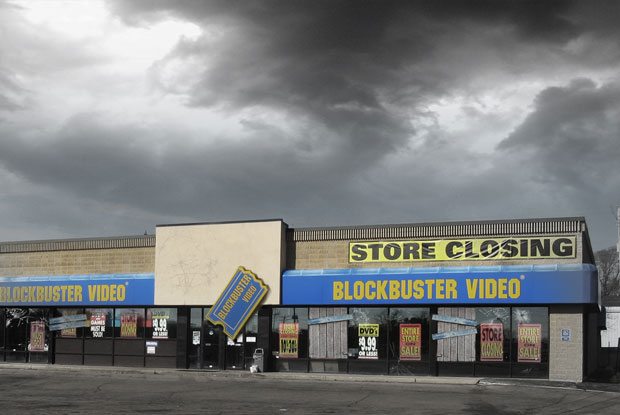 Background check: Renting video games is a concept that’s been around for quite some time.  I spent many weekends of my youth renting games from stores such as Hollywood Video, Blockbuster Video, and Family Video.  It seemed like a business model that would remain robust and hustling on through the golden years of my life.  However, due largely in part to newer Internet connected technologies, these video stores have been struggling to stay above the water.  Businesses employing innovative and new net-enabled content delivery systems, such as Netflix and Hulu, have slowly eaten away at the once grand money-flavored pie, baked by the support of gamers and movie-nuts alike. It’s a money pie that these companies depend upon. The declining trend of meat-space game and movie rentals has left those stores that remain making bold moves and putting pressure on the consumer.

Setting the Mood: Flashback to February 22, 2011.  Bulletstorm and Killzone 3 had just been released.  Having a few extra dollars burning a hole through my wallet, I was struck by a difficult decision.  Which of the two games should I purchase?  As I only had enough cash for one of the games, living with that decision for the next several weeks was a choice I did not want to take lightly.  Like an angel of mercy, an idea had dawned on me that I often forget to consider in this day and age;  I had the option to rent both games concurrently and decide on a purchase at my leisure.

The Quest Begins: Phoning up the local rental store, I checked to see if  they had a copy of each game available for my preferred system.  Immediately, I was greeted by the tag line “Hello, thanks for calling <video store>, where we have movie rentals a month before redbox and netflix.” The month long wait is imposed by certain recording industry companies to assure DVD sales.  The aggressive advertising of this fact felt like a pop-up ad.  That aside, not only were both games in stock, they offered to reserve them for me. The caveat was an hour long time limit.  Placing dibs on a game or movie wasn’t something I had been able to do when I was a kid.

Plot Thickens: One fairly quick drive later, I had arrived at the local shop.  With the mention of having just phoned a few minutes ago, I was handed the titles that were set aside for me.  Since I had two video games, I was allowed to rent two $1 DVD movies free of charge.  Occasionally in my youth I had seen rental stores that gave free rentals to the older family movies with the rental of a new release; but the selection at this particular store was wider, with some fairly recent titles that were certainly not family-friendly.  Picking out a couple, I stood in line for check-out.

Deal Breaker: Eager to get back home and begin yet another digital killing spree, I handed the cashier the four titles.  It was at this point the cookie crumbled.  Both of the games I was trying to rent required a $20 equipment deposit.  At a price of $7 for 5 days each ($14 total), it would cost me a brand new game to rent just these two.  It was true that my cash would be refunded upon a prompt return of the titles, but a down payment of $60 for a trial period was not worth it.  How they thought dropping an extra $40 for a $14 rental wasn’t a big deal was infuriating.  Had I known this from the start, I wouldn’t have made the trip to begin with.  Reluctant to leave empty handed, I rented just one game and movie for a total of $27.  That’s almost thirty-bucks to rent one game.  I drove back home feeling defeated.

The Quest Continues: Playing through the game in just a few days, I drove back to return the bank-breaking rental.  Having kept my receipt, I made sure to go into the store to directly hand the titles back to the clerk.  A five minute transaction later, I was handed a $20 bill.  I would have preferred having it credited back onto my card, but at this point I was more eager for the experience to be done and over with.  A moment after I was handed the twenty, the clerk mentioned that it might be a better idea for me to let the store keep $20 on-hand for my next rental.  After declining the offer, I left the store.

The Ending: In summation, rental stores are suffering through difficult times.  They may not last through the end of the decade and many have already gone under.  My experience has left me feeling price gouged and herded around like cattle.  I can understand that hot, new titles come with a risk of being rented and never returned.  In that case the business loses money.  But, having a deposit for new titles means that there are people who pay and never get a refund.  Letting the store hang on to your deposit for future use is giving them free money.  Customers are being asked to pay an additional insurance that’s almost three times the cost of the rental.  Can stores really increase their revenues by treating us this way?  Hopefully, in the end rental stores will find the middle ground that that keeps their customers happy while turning a profit.