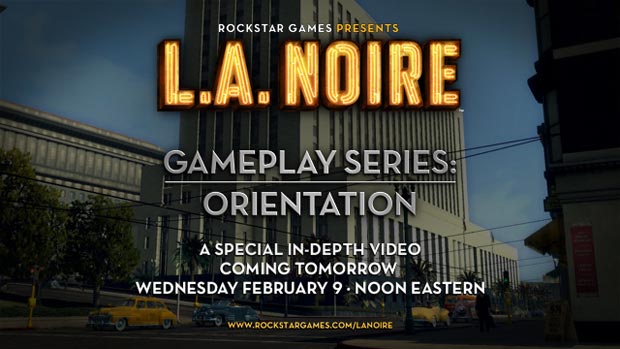 The first gameplay video series for LA Noire will reveal some of the features in the game in more detail.  Investigations and Interogations will be play huge role in the game, and are the gameplay mechanics which set LA Noire apart from the crowd.  The in depth video from the developer will be arriving shortly and will give us even more insight as to what to expect from the upcoming game that is expected to defy genre conventions and push facial mapping technology to new heights.

Experience the thrill of classic detective action with the chill of film noir graphics and themes in L.A. Noire. You’ll walk the streets of a perfectly re-created post-war Los Angeles, experiencing the city without freeways, Starbucks or designer dogs. Enjoy this view of 1940’s L.A. as you track a heinous murderer committing a series of gruesome brutalities. The drugs, corruption and jazz of this classic decade permeate the storyline and provide an immersive experience you aren’t soon to forget. With the open-ended design, you are the only one in charge of your destiny. Will your actions result in a murderer behind bars or will you succumb to corruption and vice?

LA Noire is currently scheduled for a May 17, 2011 release date on Xbox 360 and PS3 from Team Bondi and Rockstar Games.

Check out the full trailer below for your first look at LA Noire.