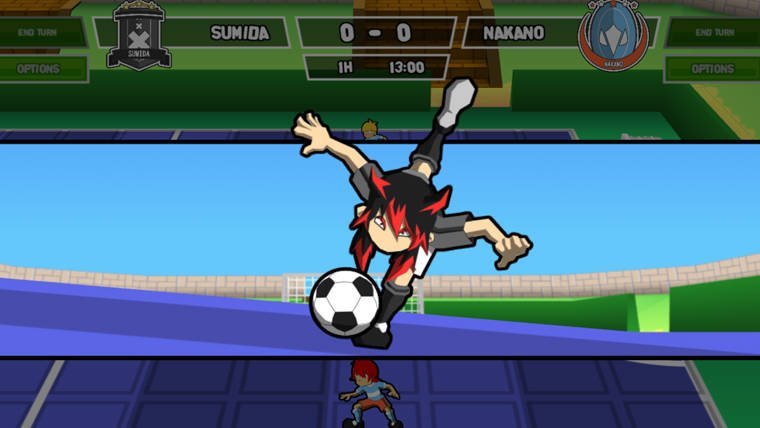 Independent developer rese have released today their latest game Ganbare! Super Strikers on the itch.io platform as an early access title. It can be purchased by users for $5, and the feedback they get for this version will be used to improve the game before its eventual launch on Steam on the second quarter of this year. Ganbare stands out for approaching soccer games from a more tactic perspective. Some might have even described it as a mix of Final Fantasy Tactics or Disgaea with Inazuma Eleven, and after watching the latest trailer, you will understand why.

The gameplay of Ganbare follows the classic RPG paradigm: get your team together and play matches, which will earn you valuable experience and new equipment that will help improve your stats and learn Special Abilities, which could be special moves or protection against sleep, silence, or poison, because we are finally in a universe where it’s okay to poison your rivals in sports.

The Story Mode of the game follows a soccer team from a small town in Japan as they go from facing other local players to join the Japan National Team and even play alongside old rivals. We’ll be able to control a wide variety of characters, all of them with their own unique abilities.

If this sounds appealing, head over to the game’s website on itch.io, where it’s available on early access.

Ganbare! Super Strikers will launch later this year on PC/Mac. Watch the trailer below.