Gearbox amazed that Borderlands 2 formula hasn’t been copied yet 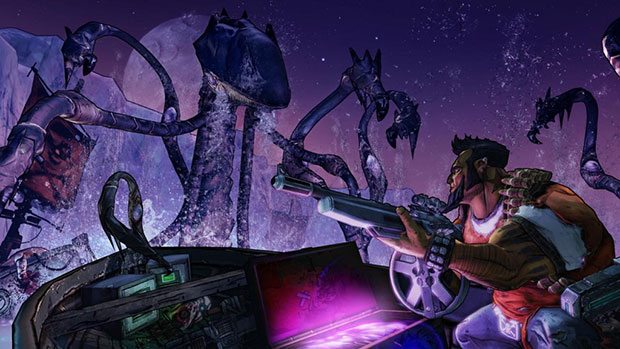 Borderlands 2 will arrive in a couple of months, the sequel to a game that forged its own path when it comes to quest and loot mechanics for a shooter. Gearbox Software’s Randy Pitchford is surprised that no one has tried to copy their successful formula yet, he told Gamasutra in a recent interview.

“We’re in an industry where people do nothing but steal from each other…I’m actually astonished that we’re about to launch a sequel and no one’s stole it from us. The formula’s right there. No one’s stolen it yet. That’s weird. Not that I want anyone to steal it, or I’m challenging people to steal it,” said Pitchford.

The original Borderlands was met with critical praise when the game released back in 2009. The games interesting mechanics make for a difficult proposition for Gearbox. “On one hand we gotta scream from the highest mountain to get attention. On the other hand, it’s like, shit, we don’t want to tell people our secret because then they’re gonna copy it because it’s so good.”