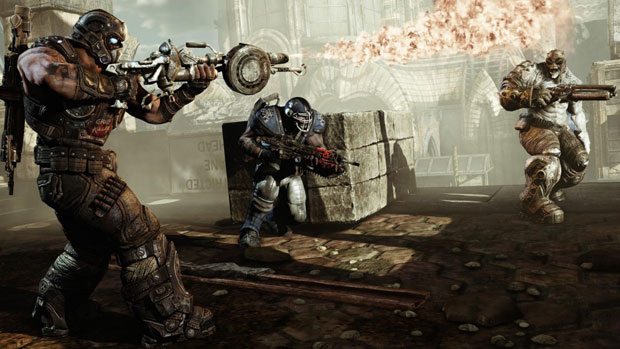 Cliff Bleszinski announced that the development team has been flip flopping back and forth about the inclusion of wall bouncing in Gears of War 3, and it looks like it’s coming back.  Included in the first game, then discarded from part two, wall bouncing is is one of the features that Gears of War, one of the most popular games this generation, was most famous for.  The cover system that basically invented a new genre, wall bouncing is the action of being able to fluidly slide from wall to wall, avoiding fire, and creeping up behind enemies.

No details were given about how this would be implemented in the new game, and whether or not we would see it’s return during the beta period.  Cut him some slack, that was some pretty big news for 140 characters or less.

Still unclear on the art of the wallbounce?  The video below will explain it with some rather annoying musical accompaniment. After watching the video what did you think?  Should Gears 3 have the wallbounce back or not?