Gears of War Xbox One Has Finished Mo-cap Work

The latest news in the world of video games at Attack of the Fanboy
March 29th, 2015 by Damian Seeto 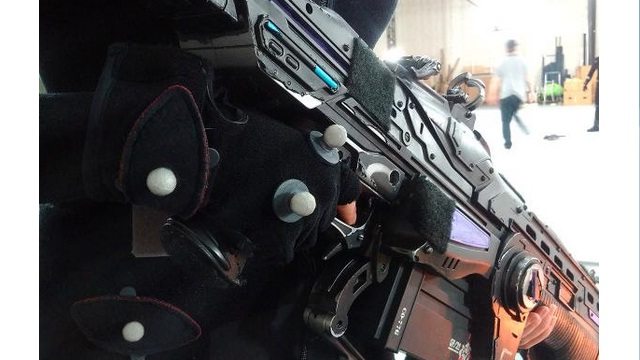 Black Tusk Studios has shared out that the mo-cap work on Gears of War Xbox One has now finished.

“Last day of the shoot… One of the actors in a mocap suit! #MotionCapture #Props #MarkerBalls @GearsofWar”

The above picture looks at one of the cool looking props the actors used while doing the mo-cap for Gears of War on Xbox One. That was the final day of filming. This means development for the game is well underway. Now it’s time for Black Tuse Studios to animate all the of movements that the actors did.

This is only one of the few things we know about Gears of War on Xbox One. Microsoft has not really shared much details on the game’s development. All we know right now is that the new game will be out for the Xbox One console.

Microsoft did tease a few days that some potential exciting news might be revealed for Gears of War fans at E3. It remains to be seen if they are talking about the new Gears of War on Xbox One, or something else entirely.

Gears of War Xbox One
We're Looking For Contributors