Gears of War developer moves on to help with Bioshock Infinite 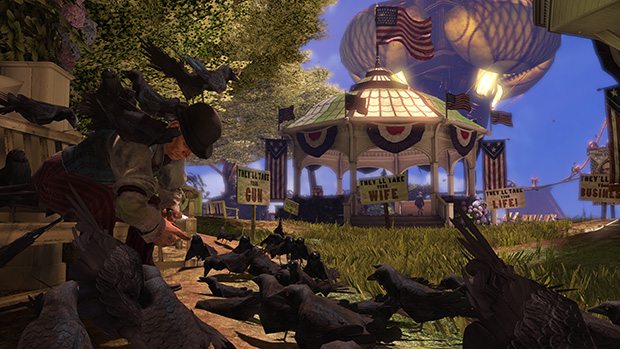 Rod Fergusson has left Epic Games. The producer for Gears of War 3 is moving on to help with the finishing of Irrational Games’ next title, Bioshock Infinite. Fergusson confirmed earlier rumors that he was leaving the company in a recent tweet.

Irrational Games recently lost one of its long time employees, Tim Gerritsen. Fergusson will assume the duties of the recently departed, which means he’s the new guy in charge of making sure that Bioshock Infinite doesn’t see further delays past its February 2013 launch window.

After a stellar showing at E3 2011, Bioshock Infinite was scheduled to release in 2012. Irrational Games recently pushed that launch window into early 2013. Let’s hope that this recent shakeup within the core of the development team doesn’t force any further delays for the highly anticipated game.