The latest news in the world of video games at Attack of the Fanboy
March 13th, 2017 by William Schwartz 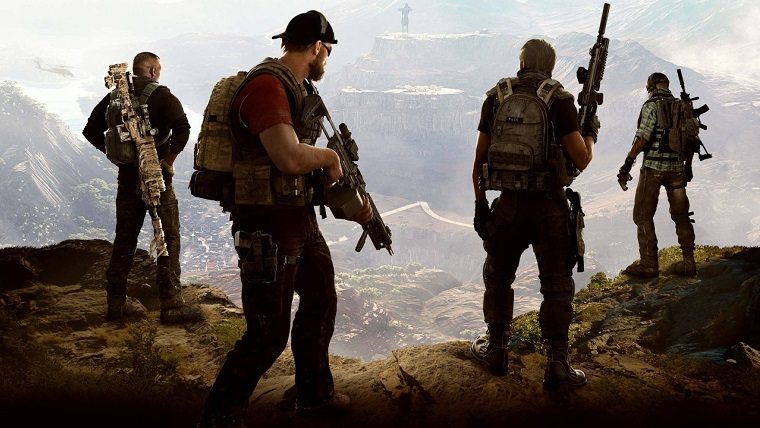 In what has been a incredibly packed first quarter for gaming, with a new console release from Nintendo, numerous exclusives, and highly rated multiplatform titles, Ghost Recon Wildlands surprisingly has topped the UK charts turning out the biggest “Week 1” of the year for any game.

Beating out the likes of Horizon Zero Dawn, LEGO Worlds, and Breath of the Wild, apparently middling review scores for the cooperative shooter have not stopped gamers in the UK from snatching up the game.  Weighing in with an average of around 77 on Metacritic, many have leveraged criticism at the title for leaning heavily on its cooperative aspects.

Our very own Mike Guarino recently put the game through its paces in our official review and rated Ghost Recon Wildlands a 4/5, citing a lengthy sandbox campaign and gorgeous visuals for the shooter.  Despite the complaints and criticisms, those who do enjoy a good cooperative shooter experience are going to get their fill with Wildlands.  The massive game has players trying to dismantle a Bolivian drug cartel in any way they see fit by completing missions to destroy each compartment of the outfit.

Ubisoft has had a lot of success with their open world shooters, at least when it comes to initial sales.  Last year another “Clancy” title, The Division, broke records for the company with the biggest first week for any first quarter release for the company.  A lot of marketing went into the Division, but maybe less so for Wildlands.  Regardless, it’s obvious that the Clancy name still carries a lot of weight at retail with consumers willing to overlook review scores and take the plunge.

While these are just first week numbers out of the UK, we’ll have to wait and see how the game fares for the rest of the month.  March NPD data may or may not tell a different story for the game as it’ll have a full month of data against a strong slate of releases.

Ghost Recon Wildlands is currently available for the Xbox One, PlayStation 4, and PC.