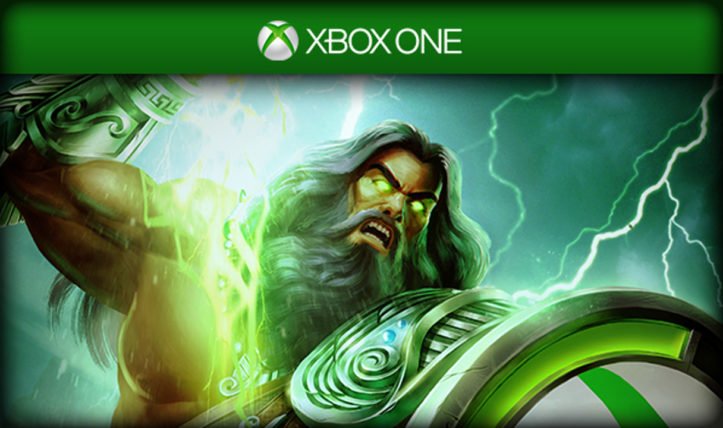 As you should already know, SMITE is heading to the Xbox One. The game will be free-to-play as usual, but for now only a select few can get in and try the game out. While we visited Hi-Rez Studios’ booth at PAX East 2015 they were generous enough to give us a bunch of early access codes for SMITE on Xbox One. They wanted us to pass them along to you, so that’s what we’re doing. From now until Monday we’ll be giving away 15 SMITE early access codes for Xbox One. Along with these we have a few of the Convention Exclusive Tyr skin, which we’ll throw in with the first round of giveaways.

How do you get one of these tough to get codes? Just leave a comment. Throughout the next few days we’ll randomly pick a few commenters to receive a code, with the goal to finish up all 15 by Monday, March 16th. The earlier you post a comment, the more chances you’ll have to win. And because we’re extra generous, there’s a second way to enter. Check out the official rules below to find out the rest:

https://twitter.com/FanboyAttack/status/575745065991151617
UPDATE: Our first five winners have been chosen and messages were sent via Twitter or Facebook. Check your messages to see if you’ve won and keep coming back as we still have ten more codes to give out over the next few days.

If you missed out, don’t worry. SMITE will be hitting beta next month and will reach full release soon after. In the meantime, you can check out our hands-on preview and interview with the developer. Thanks for entering!