The latest news in the world of video games at Attack of the Fanboy
March 22nd, 2018 by Kyle Hanson 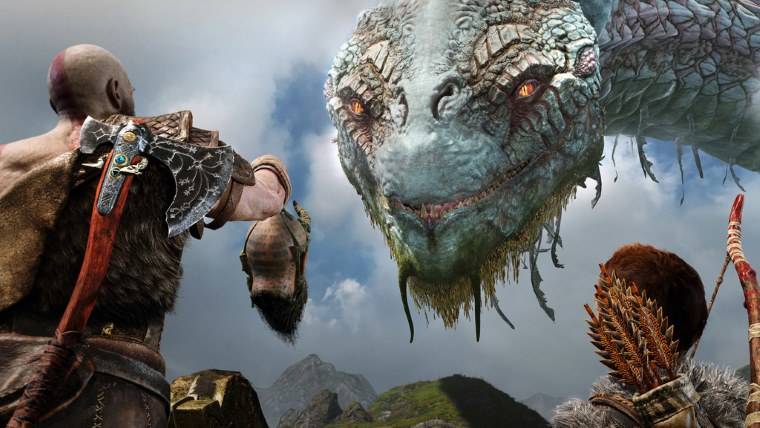 God of War has gone gold for its PS4 release, the team behind the game has announced. Sony Santa Monica Studios revealed the news today, as the team celebrated the end of principle development, with the “gold master” heading off to disc producers. Now the game is considered complete, and actual PS4 discs can be printed. Of course, with modern games development seems to never end, and the team is surely working on more bug fixes and other things that will roll out in future updates.

Still, God of War has gone gold and that’s a huge milestone ahead of the release date, which is set for April 20th. The game is a PS4 exclusive, adding the the impressive stable of exclusive titles that are featured on the PS4. And while it bears the name of one of PlayStation’s greatest franchises, this has looked like something brand new since it was first unveiled in 2016. You can see some of this uniqueness in the video below.

God of War Creative Director, Cory Barlog had this to say about the game going gold, “Going gold means so much more to me with this game. It has been a long and exhausting journey filled with laughs, arguments, and a healthy dose of fear – with a side of doubt. This was the scariest, most wonderful thing I have ever done and I can honestly say it would never have been possible without the full-throated support of Sony and the tireless work of the incredible team at Santa Monica Studio. We have been through a lot together and I would not change a thing. You are the best damn team a director could ever hope for and I am thankful beyond words for every ounce of passion and pride you put into this game.”