The latest news in the world of video games at Attack of the Fanboy
September 16th, 2014 by Damian Seeto 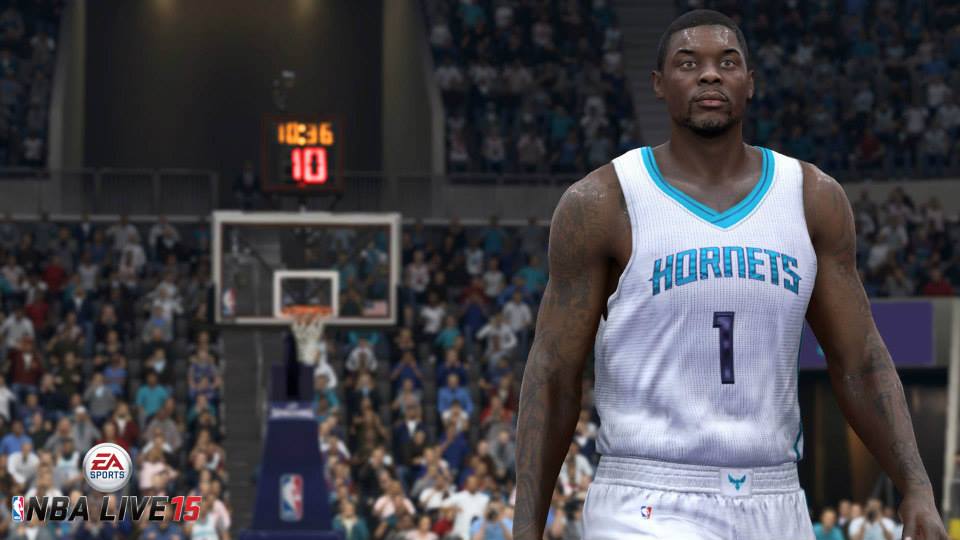 EA Sports has worked very hard to make NBA Live 15 appear more realistic that last year’s NBA Live 14. It’s no secret that many people were appalled with last year’s game. Apart from the shocking gameplay, the graphics looked horrible. The game came out for PS4 and Xbox One, but it looked like a bad PS3 and Xbox 360 game at best.

NBA Live 15 has better lighting and the character models have never looked better. Not to mention the arena, courts and everything else look great too. NBA 2K14 and NBA 2K15 look great, but EA Sports has finally managed to catch up in the visuals department.

Little has been shown at the moment about the gameplay for NBA Live 15. EA Sports has delayed the game for three weeks to refine the gameplay. It will now be released on October 28th. It is now avoiding a clash with NBA 2K15 as the original release date was October 7th.

Just click on the arrows above to scroll through all of the new screenshots that EA Sports has shared for NBA Live 15. You can have a look at CP3, Dwight Howard and more.