Grandia I and II HD Remasters Heading to Switch 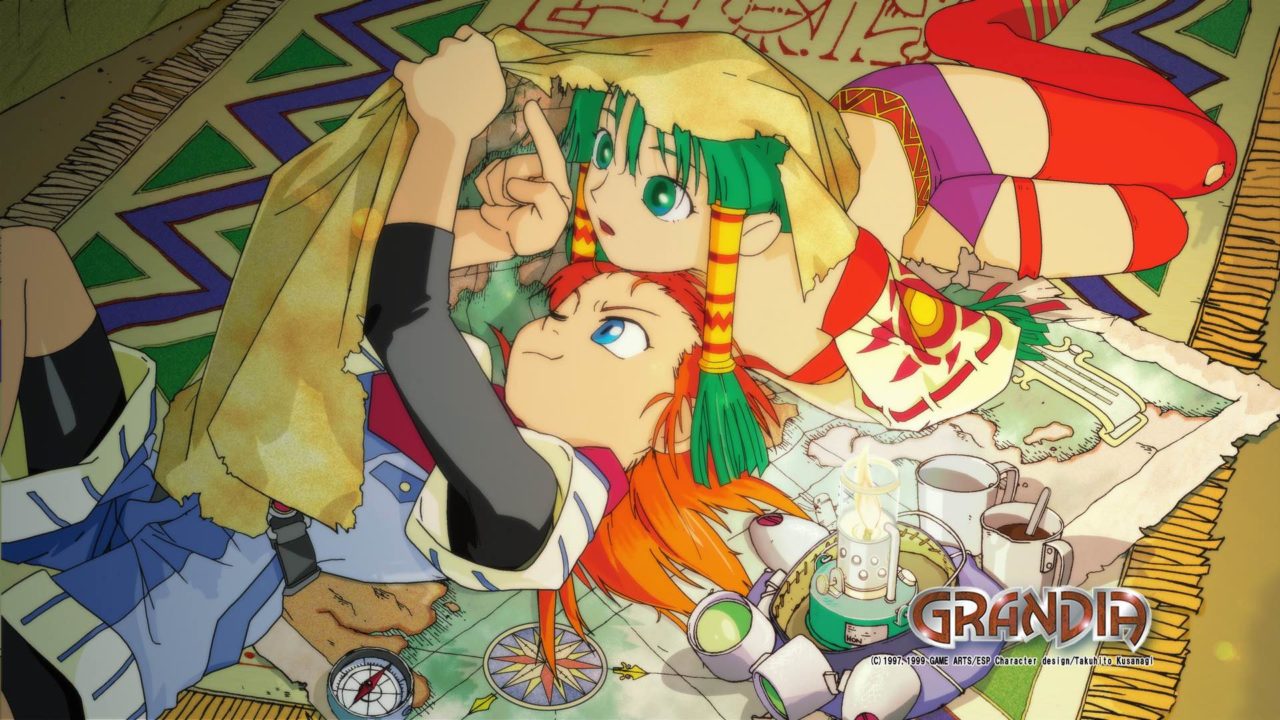 Grandia, Game Art’s epic Sega Saturn RPG, along with its sequel, are getting the HD treatment and coming to the Switch and PC, according to a tweet by Gungho, the game’s current publisher.

Grandia I and Grandia II HD Remaster are both heading to #NintendoSwitch.
For PC fans, Grandia I HD Remaster will be joining our existing library of #Steam releases. Stay tuned for more details and check out the original announcement @IGN https://t.co/DRef6CYdts

The game released to universal acclaim when it hit the Saturn back in 1997, receiving a similar response when it made it to the PlayStation two years later. Gamespot are often quoted for having doted on the series so far as to say it compared to, and in ways even exceeded, Final Fantasy VII and VIII, which, even if you disagree, is quite something given Square’s insanely popular entries.

Grandia was known for its brilliantly developed characters and wonderfully realized battle system, utilizing a unique initiative bar which can be manipulated. The epic story follows 15 year-old Justin, a wannabe adventurer who wishes to follow in the footsteps of his missing father. The world ends at a mighty wall, however, on the other side live another race who practice magic and religion, divided years ago by an ancient race before their civilization collapsed. 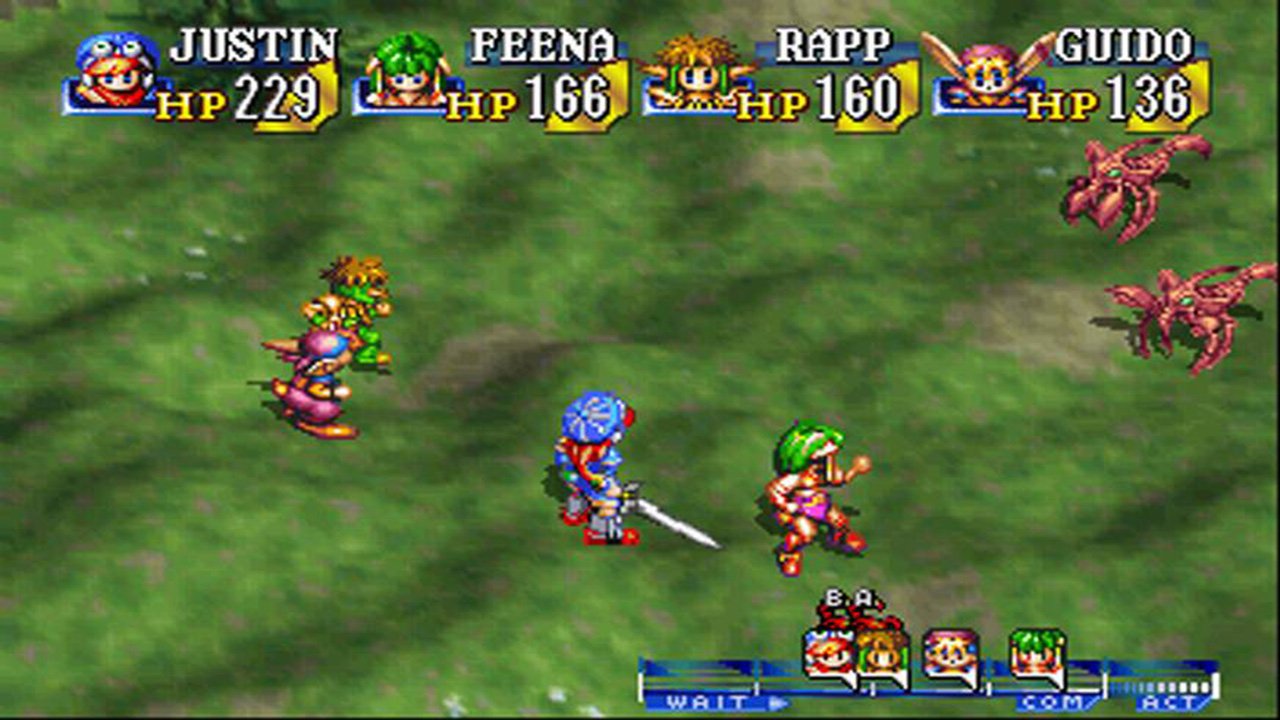 The visuals are reminiscent of Xenogears with its 3D maps, 2D sprites and rotatable camera and while dated now, were pretty cutting edge at the time of release. Hopefully running on more modern chipsets in HD will mean it looks as crisp as it possibly can.

The sequel followed Ryudo, a mercenary who is hired to protect Elena, the Songstress of Granas. Everything goes to hell as evil is unleashed upon the land and it’s up to you to go with Elena to save the world. All this with better 3D visuals, lighting and shadows. The sequel has already received a modern update when it released on Steam in 2015. 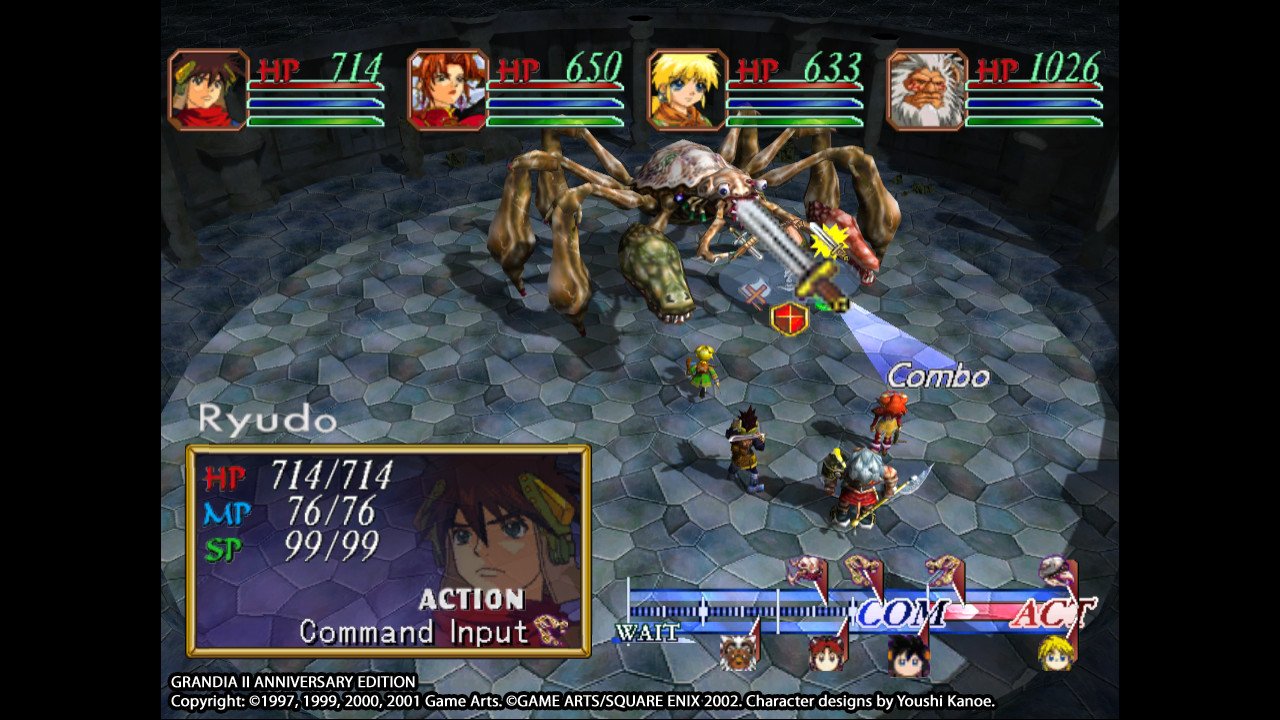 Getting venerable titles like Grandia coming to modern consoles, along with the today-released Shenmue I and II, mean we might see more and more titles from those awesome consoles that unfortunately both met an early demise.

While currently there’s no word on Grandia III (which came to PlayStation 2) or Grandia Digital Museum (another Saturn title) hopefully the HD remasters will find success and secure other releases in the future. I know people who would do anything for Overwork’s Skies of Arcadia to be released on modern hardware.

A playable version of Grandia II HD Remaster will be at PAX West 2018. Grandia I is available to play on Ps3 and Vita through the PlayStation Network.