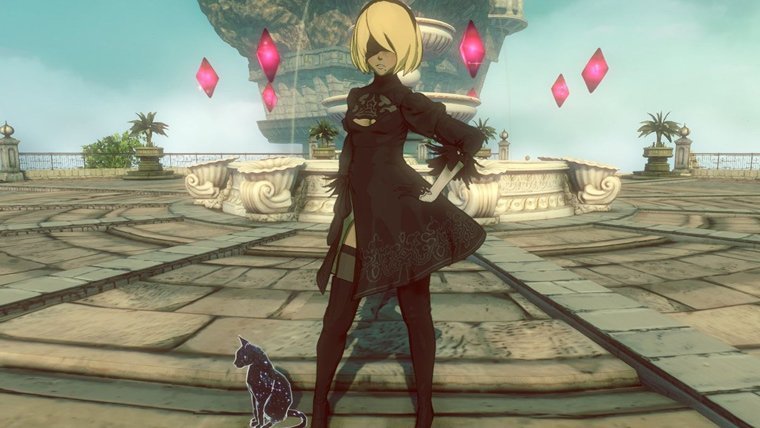 Gravity Rush 2 is set to be getting a little more stylish in the west today, as the game’s NieR: Automata costume pack and Dark Angel costume pack are available now. Both pieces of DLC are available to download for free through the PlayStation Store, so fans of the game should head over now to claim their free stuff.

As for what fans get with the DLC, the NieR: Automata costume pack includes two 2B costumes for Kat, with one of them including her visor and the other one ditching it. The Dark Angel costume pack brings a black outfit with a brunette hairdo for Kat. Nothing too crazy, but for those of you looking to change up Kat’s look these new costumes should do the trick. The NieR: Automata DLC looks especially good, and will be even better for those who have played that fantastic game.

The game most recently received the Ark of Time – Raven’s Choice DLC, which launched on March 21st. The DLC “features a brand new story for Gravity Rush 2 focusing on Kat’s partner, Raven. Alone, Raven must battle to save the Lost Children who were left trapped inside the Ark at the end of the first Gravity Rush.” It’s also entirely free to download, which is never a bad thing to hear for fans of the game.

Gravity Rush 2 launched earlier this year exclusively for PlayStation 4, and became one of the first standout titles of the year. The game was praised for expanding upon the foundation set by the first game, which was much more limited due to it being a PlayStation Vita exclusive. We enjoyed the game quite a bit when we covered it, and you can check out our review of it by clicking right here.