The latest news in the world of video games at Attack of the Fanboy
February 9th, 2017 by Joshua Evans 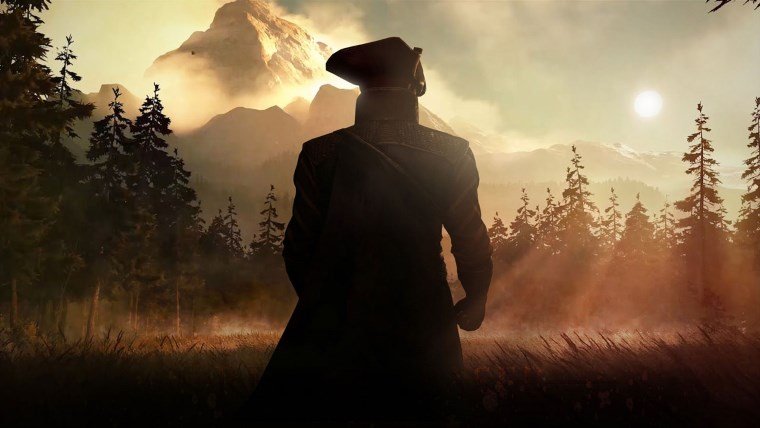 The cinematic trailer for GreedFall seems to give us a wee bit of insight into the game’s story. From the looks of it we have an industry verses nature theme going on here, with nature bringing a tree moose monster, and the coated figure standing between the sides at the end implying the player can choose between the two. Or so I think.

Really it could just be an excuse to have a highwayman fight a tree moose monster. But more importantly the trailer shows off fancy clothes and weapons. Because what is an RPG without loot, especially cool looking clothes related loot?

If Spiders manages to bring the aesthetic of the trailer into the game, it may just be amazing. Just the way the leaves hover, signalling the approach of the aforementioned tree moose monster, could make for some intense game play moments. The tree moose monster itself also looks interesting, and hopefully there will be more creatures like it in the full game.

Bound by Flame proved that Spiders Games can make interesting looking bosses so I have high hopes for GreedFall’s possibly tree related monstrosities. Clothing and equipment design seems very much to reflect the aesthetics of the real world Early Modern Period, specifically towards the end of it. Not a bad period to set a game, as firearms have not yet dominated warfare, so the game can have a balance of guns and swords for the player to use. In addition, clothes have reached the height in fancy impracticality.

Spiders games is doing what they usually do. Selling players on an amazing idea or theme. Most times their game’s design feels rather clunky, giving Spiders that love it or hate it reputation they have now. That all being said, GreedFall does look like it is worth following, just to see what crazy setting Spiders manage to pull off this time.