Greninja Amiibo Might Not Be As Rare As Once Thought

The latest news in the world of video games at Attack of the Fanboy
May 22nd, 2015 by Dean James 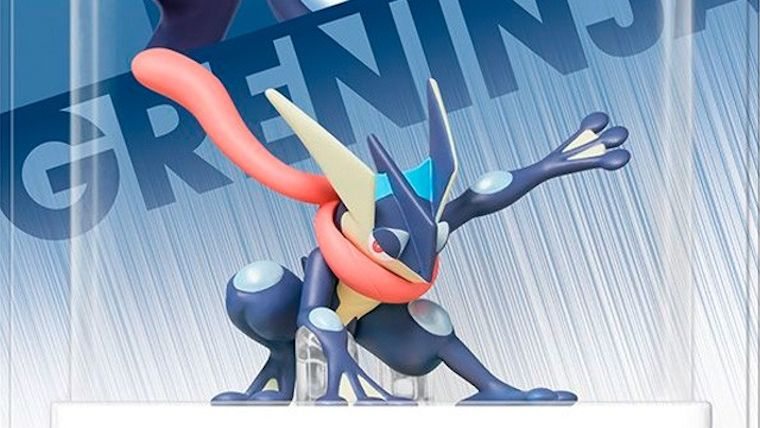 We are finally almost at the release of the next wave of amiibo, with a slew of different amiibo set to arrive next Friday. From the five non-exclusive Smash Bros. line to the Splatoon trio, there are plenty in the bunch that will be hard to find. Some of the most worried about however were the exclusives, including Toys R Us’ Greninja amiibo, but it’s beginning to sound like that one in particular may not be as rare as once though.

Toys R Us was one of the worst with the previous line of exclusives, with Lucario orders getting cancelled online often and in-store not receiving hardly any. It was expected that this would be the same with the Greninja amiibo, especially with online selling out in no time overnight and in-store pre-orders being limited to 10 per store. However, multiple Toys R Us employees on Reddit are telling another story with proof of much higher number of Greninja amiibo in-store next Friday, at least in certain locations.

One of the employees in question posted the picture found here, showing that stores in the Southern California area were getting around 80 and even as much as 160. These employees are Reddit are verified Toys R Us employees, but the fact that so many have said something seems to give credence to the numbers. While these are in Southern California, a likely high volume part of the country, this is much better than most any amiibo release we’ve seen in the past outside of the commons.

The amiibo Alerts Twitter page has backed up these claims from their own Toys R Us source that said several stores that they checked had 50-70 Greninja to be sold next week. Hopefully these high numbers of Greninja amiibo will be a trend nationwide, giving us the first well stocked retailer exclusive amiibo. Regardless, I wouldn’t take any chances and I would get to Toys R Us next Friday as early as possible, perhaps even before opening to make sure you acquire one.