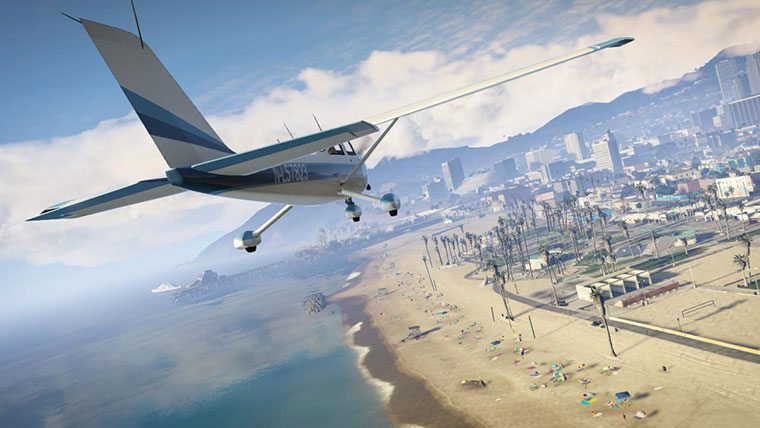 Grand Theft Auto V will get its first bout of DLC when the Beach Bum Pack arrives in “early November”, according to Rockstar.    The first DLC for GTA V adds all-new beach themed vehicles and weapons, that can be used in both the single player story and GTA Online.

The Beach Bum Pack will also include new character customization features, as well as new multiplayer jobs to complete.  In the announcement, Rockstar also addressed some of the most wanted items for GTA Online, which includes the content creator, release date of the stimulus package, and details on Heists and Capture the Flag Modes. Rockstar has put a tentative date of “This Fall” on the arrival of the GTA Online content creator.

Rockstar says that both the Content Creator and Beach Bum Pack will be free to all GTA V players.  More details are due to arrive in the near future about Online Heists and a new Capture the Flag mode.  As for the Stimulus Package, Rockstar says that they “have a few more tweaks and fixes to make in a new title update,” before the cash is dispersed to players.

Look for the new GTA V DLC in early-November.