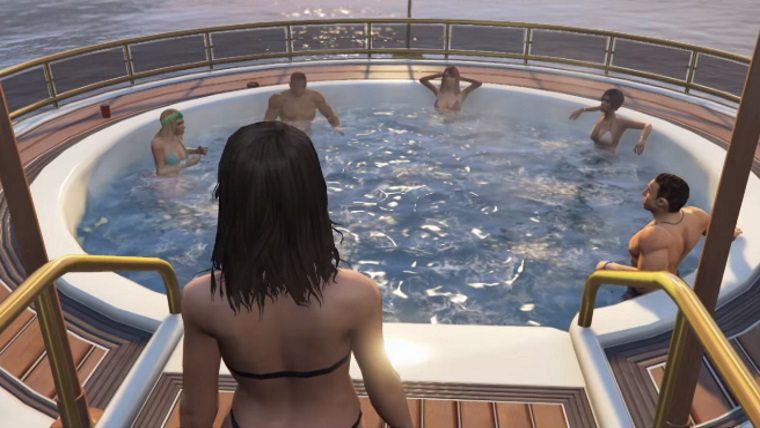 Rockstar has announced another double GTA$ and RP week for GTA Online. The event starts today and runs until Thursday, February 11th, offering players double money and XP for specific activities done in-game. Those activities are largely focused around recent updates, including the Executives and Other Criminals update, and the latest Drop Zone patch.

“All this week in GTA Online, it’s time for SecuroServ VIPs and their hardworking Bodyguards to get a payrise,” reads the announcement. “Invest time in VIP Work and Challenges and the Featured Playlist from now through February 11th to double your earnings of GTA$ & RP. This week’s generous benefits package also includes plenty of discounts on the cars, helicopters and clothing featured as part of GTA Online: Executives and Other Criminals, along with a huge markdown on the threshold required to start your VIP Organization. There’s also bonus GTA$ & RP this weekend in the Running Back Adversary Mode.”

Special playlists will be added to the game, such as the 12-player Double GTA$ & RP Adversary Modes Playlist, which will make it easier to jump into a match with the bonuses. Also, for those who don’t have enough cash reserves on-hand to become a VIP, Rockstar is lowering the threshold for this week only. Instead of the usual $1 million, players just need to have $500,000 in their accounts in order to setup their own organization.

Various discounts will also be applied to the game, mostly for items found in the recent updates. This includes a 10% reduction in costs for personal yacht upgrades and customization. If you’re looking to buy a yacht in GTA Online, now is the time, or just upgrade your current ship if you already bought one.