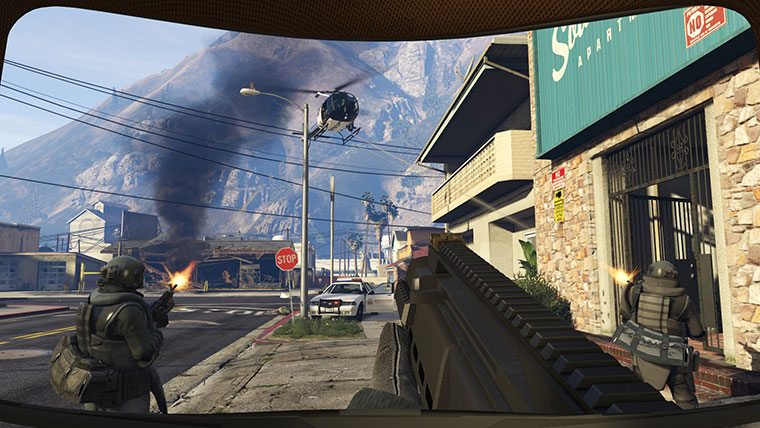 Rockstar Games has confirmed that the upcoming new-gen release of Grand Theft Auto V will be 1080p 30fps on both the Xbox One and PlayStation 4 when the game releases later this month.  Alongside “hundreds of additions and enhancements,” the developers revealed the rumored First Person mode, which can be seen in the trailer below.

First person mode introduces an optional first person cover system, a new targeting system, traditional FPS controls, and a bunch of new animations for the game, according to Rockstar. First Person mode isn’t a requirement in GTA V on Xbox One and PS4.  It’s a system that can be toggled off and on at the touch of a button.  Rockstar says “you can easily switch back and forth between perspectives.”

Grand Theft Auto V for PlayStation 4 and Xbox One will be available on November 18th.  A PC version is slated for release in January of next year.