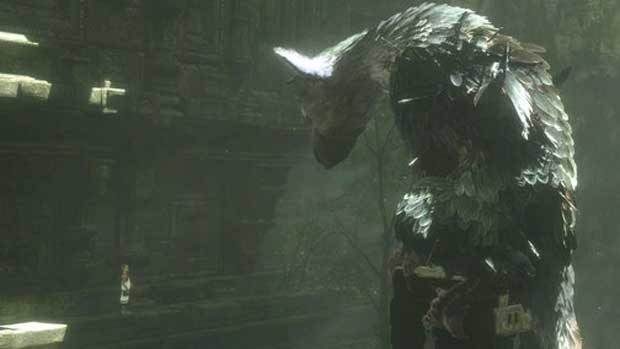 Not much has been heard from Sony and The Last Guardian in quite some time.  The latest issue of PSM3 features an extensive preview of the game, answering some of the big questions on everyone’s mind.  None of the information contained in the rewritten translation below has been confirmed by Sony.

The Last Guardian will be similar to Ico.  The game’s original music is not the one presented in the trailer. It’s just a test track being used.  Ueda also stated that he’s allowed to achieve things with the PS3 which he couldn’t manage to fulfill due to the tech on offer with PS2.  This includes some really neat features like Torico’s feathers, butterflies, dust, particles, everything is managed in real time, many great animations were all made by hand.

The game we will not be as confined as in Ico. Torico can apparently eliminate the guards, the child however can’t do that (so he will be playing undercover when he is alone).  The bottom line is that there will be less fighting sequences in TLG when compared to ICO.  Torico-AI will focus on that moods and reactions to the environment. The game will be based on its relationship with the child to solve puzzles and explore the fortress.Guards in armor are actually shadows, when their armor glows, they can vanish.  Ueda is wary not to make the game’s puzzles too difficult, however, he wants to maintain a good amount of challenge and hence they’re constantly beta-testing to measure the difficulty of puzzles and find the right balance.

Team ICO isn’t going it along on The Last Guardian, the team has sought technical advice from all in-house Sony Studios wherever possible.  And in this lengthy developmental process Ueda did claim that he has no intent to “rush things”. However, Ueda has assured that the game will be released by the end of this year, at least in Japan.