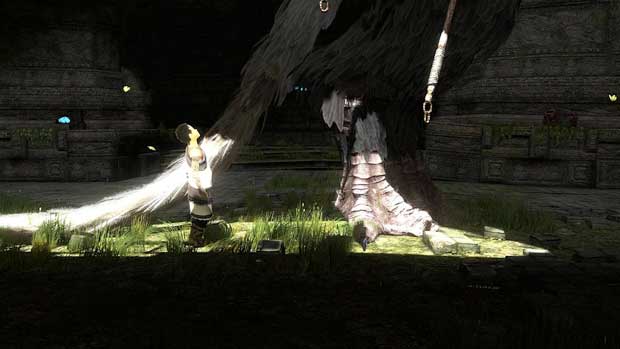 The Last Guardian centers on a young boy, who must navigate a complex environment of ruins with the aid of Trico, a giant griffin-like creature. On occasion, he must also deal with several fully-armored guards, be it sneaking by them or dealing with them directly. He can climb up and hang onto the creature, much likeWander could a colossus. In addition to its speed, the creature is capable of swimming and climbing up walls.

The creation of The Last Guardian stemmed from the interaction between Wander and Agro in Shadow of the Colossus. Fumito Ueda wanted to make the interaction between the two characters a much more prominent focus, and spent a lot of time on Trico’s design. There are elements of a cat, dog, bird, and many other animals in the creature, with a goal of having it look strange but very familiar, lifelike, and realistic.